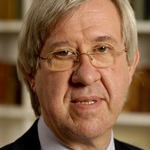 LOS ALAMITOS, Calif., 21 September 2015 — Alexander Szalay, a Bloomberg Distinguished Professor at the Johns Hopkins University, has been selected as the recipient of the 2015 IEEE Computer Society Sidney Fernbach Award. Szalay was recognized “for his outstanding contributions to the development of data-intensive computing systems and on the application of such systems in many scientific areas including astrophysics, turbulence, and genomics.”

Established in 1992 in memory of high-performance computing pioneer Sidney Fernbach, the Fernbach Award recognizes outstanding contributions in the application of high-performance computers using innovative approaches. The award consists of a certificate and a US$2,000 honorarium. Szalay will be presented with the award on 17 November 2015 in Austin, Texas, at the SC15 Conference (http://sc15.supercomputing.org).

Szalay teaches in the Physics and Astronomy and Computer Science Departments at Johns Hopkins. He is the Director of the JHU Institute for Data Intensive Engineering and Science. Born and educated in Hungary, Szalay spent postdoctoral periods at UC Berkeley and the University of Chicago before accepting a faculty position at Johns Hopkins.

A cosmologist, Szalay works on the statistical measures of the spatial distribution of galaxies and galaxy formation. He wrote the first papers associating dark matter with relic particles from the Big Bang. Recently he has been working on problems related to large data sets in various areas of physics and astrophysics.

Szalay is the architect for the Science Archive of the Sloan Digital Sky Survey and was project director of the NSF-funded National Virtual Observatory, building an open system out of the various distributed astronomy collections across the US. Recently he has been focusing on the challenges of building public numerical laboratories from large supercomputer simulations.

He has built various data-intensive parallel computers, one of them winning the Storage Challenge at SC-08. His papers cover areas from theoretical cosmology, observational astronomy, spatial statistics, and computer science.

Szalay was elected to the Hungarian Academy of Sciences as a corresponding member in 1990. In 2003, he became a Fellow of the American Academy of Arts and Sciences. He received an Alexander von Humboldt Prize in Physical Sciences in 2004 and the Microsoft Jim Gray Award in 2007. In 2008, he became Doctor Honoris Causa of the Eötvös University.