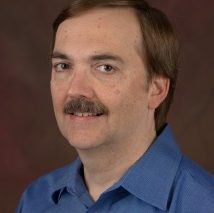 NEW YORK, NY & LOS ALAMITOS, Calif., 10 June 2015 – ACM (the Association for Computing Machinery) and IEEE Computer Society will jointly present the Eckert-Mauchly Award to Dr. Norman Jouppi for pioneering contributions to the design and analysis of high-performance processors and memory systems. With a distinguished career spanning over 35 years, including many notable contributions to the computer architecture field, his major technical contributions can be classified into three broad areas: Memory Hierarchy, Heterogeneous Architectures, and CACTI tools.

Dr. Jouppi has made innumerable contributions to memory hierarchy design, with the most significant multiple ideas presented in his 1990 ISCA paper “Improving direct-mapped cache performance by the addition of a small fully-associative cache and prefetch buffers.” This paper introduced two major concepts: the victim buffer and prefetching stream buffer, and have been widely adopted by industry with numerous machines containing victim caches and virtually all machines incorporating prefetching stream buffers, which are evolutions of Dr. Jouppi’s original ideas.

As the world moved to homogenous multi-core processors, Dr. Jouppi also introduced the radical notion of single-ISA heterogeneous architectures, which was a key step in the notion that specialization can provide better efficiency than homogeneous architectures, while preserving general-purpose programmability. This idea has also been adopted by industry in the form of ARM’s big.LITTLE design that combines multiple out-of-order processors with multiple in-order processors and Nvidia’s Tegra 3 and 4, which feature multiple big cores and a single very energy efficient small core.

Dr. Jouppi has made a huge impact influencing and facilitating computer architecture research through the introduction of the CACTI tools. These tools, initially used for evaluating area and timing tradeoffs for SRAM storage structures, have been extensively used in the community. CACTI later added power modeling and other specializations such as DRAM, stacked DRAM and non-volatile storage that enhanced its utility. In addition to its standalone usage, CACTI has also been a fundamental component of many subsequent tools, such as McPAT, Wattch and GPUWattch. CACTI has had a major impact on the community, facilitating analyzes that not only showed the performance gains of ideas, but also the power and area and practicality of those ideas.

Dr. Jouppi, currently a Distinguished Hardware Engineer for Google, is recognized for his vast technical contributions, his major impact on research directions and industrial design, as well as for his broad influence from leadership roles in several influential processor designs, and directing research teams at Digital, Compaq and Hewlett-Packard.

ACM and IEEE Computer Society co-sponsor the Eckert-Mauchly Award, which was initiated in 1979. It recognizes contributions to computer and digital systems architecture and comes with a $5,000 prize. The award was named for John Presper Eckert and John William Mauchly, who collaborated on the design and construction of the Electronic Numerical Integrator and Computer (ENIAC), the pioneering large-scale electronic computing machine, which was completed in 1947.