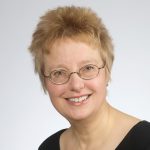 LOS ALAMITOS, Calif., 08 March 2017 – Dr. Pamela Zave, Lead Inventive Scientist at AT&T Labs, and visiting professor at Princeton University, has been selected to receive the IEEE Computer Society 2017 Harlan D. Mills Award “For groundbreaking use of formal methods in the development of telecommunication software and for enduring contributions to software engineering theory.”

Dr. Zave has been an ACM Fellow since 2002 and an AT&T Fellow since 2009.  Her work on the foundations of requirements engineering was the basis of the REVEAL method taught by Praxis Systems Ltd., and has been recognized with three Ten-Year Most Influential Paper awards.  She led a group that developed the service software for two successful large-scale IP-based telecommunication systems.  These systems were based on her Distributed Feature Composition (DFC) architecture, which provides modular abstractions for managing feature interactions and streamlining the software process. DFC has been incorporated into the Java Community Process standard for SIP Servlet Containers, and into an open-source tool suite for building SIP-based services.

Her work on telecommunications also led to 28 patents, an AT&T Strategic Patent Award, and three Best Paper awards.  In her work on protocol verification, she produced the first formal models of two important protocols, SIP and Chord, applying formal methods to debug, improve, and verify them.  Her current research interests focus on the architecture and composition of networks and distributed systems.

She co-organized two Dagstuhl seminars and was the program-committee chair or co-chair of four conferences, including the Second IEEE International Symposium on Requirements Engineering and the Tenth International Formal Methods Europe Symposium.  She has also given invited lectures at over 40 conferences and summer schools.

The Harlan D. Mills Award recognizes researchers and practitioners who have demonstrated long-standing, sustained and meaningful contributions to the theory and practice of the information sciences, focusing on contributions to the practice of software engineering through the application of sound theory. View more information about the Mills Award, including a list of past participants.

The award consists of a $3,000 honorarium, plaque, and the invitation to give a talk during the 2017 International Conference on Software Engineering (ICSE), co-sponsored by IEEE Computer Society Technical Council on Software Engineering (TCSE).  This year ICSE will be held from 20-28 May 2017 in Buenos Aires, Argentina. Dr. Zave will speak at the Friday, 26 May morning plenary session.