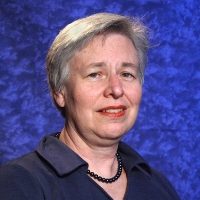 LOS ALAMITOS, Calif., 25 February 2014 — Annette D. Reilly, a senior staff member of Lockheed Martin Information Systems and Global Solutions, has been named the recipient of the 2014 Hans Karlsson Award for her contributions to systems and software engineering standards.

For 15 years, Reilly has led the development and harmonization of IEEE and ISO/IEC standards for systems and software engineering, software user documentation, and IT service management. She was nominated for the Karlsson Award due to her “harmonization and development of novel approaches to the system and software engineering standards for vocabulary, life-cycle information, and user documentation.”

Working diplomatically as a leader in US and international standards groups, including the Computer Society’s Systems and Software Engineering Standards Committee Management Board (S2ESC-MB) and ISO/IEC JTC 1/SC7, Reilly achieved difficult standardization challenges — including some that had been considered impossible. She was instrumental in fulfilling a strategic plan for software documentation standards, carried out through a series of five audience-oriented standards (ISO/IEC/IEEE 26511 to 26515), including IEEE’s first standard for agile projects.

Reilly developed the schema and produced a highly adaptable standard for the content of information items in systems, software, and service delivery (ISO/IEC/IEEE 15289). She developed a ground-breaking vocabulary standard for software and systems engineering (ISO/IEC/IEEE 24765) to update definitions from IEEE’s 25-year-old vocabulary standard with ISO’s even older one. She leads a large international working group to revise the pioneering IEEE and ISO standard (2001/23026) on website engineering and management.

Established by the Computer Society in 1992 in memory of Hans Karlsson, father of the IEEE 1301 family of standards, the award comes with a plaque and $2,000 honorarium. It is presented in recognition of outstanding skills and diplomacy, team facilitation and joint achievement, in the promotion of computer standards where individual aspirations, corporate competition, and organizational rivalry could otherwise be counter to society’s benefit.