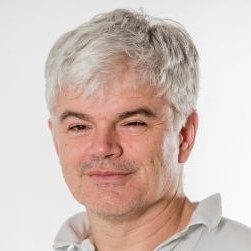 André Seznec got a PhD in computer sciences from University of Rennes I in France. In 1986, he joined INRIA, the French national research agency in computer science. Apart a sabbatical in industry in 1999-2000, he spent his whole career at INRIA Rennes where he is now a Fellow Research Director.

André Seznec has focused his research on processor architecture since the beginning of his Ph.D. thesis in 1983. His early contributions were on vector architectures, particularly the memory system. Since the beginning of 90’s his main research activity has been focused on the architecture of microprocessors, including caches, pipeline, branch predictors, speculative execution, multithreading and multicores. Most members of the microarchitecture research community immediately identify André Seznec as the inventor of the TAGE branch predictor and of the skewed associative cache. His research has influenced the design of many high-end industrial microprocessors, particularly the caches and the branch predictors.