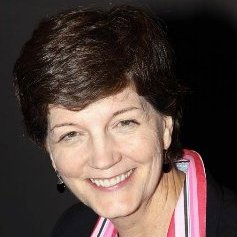 Anne Marie Kelly is the Computer Society’s Associate Executive Director and Director of Governance. A native of Philadelphia, Pennsylvania, she earned a bachelor’s degree in American Studies with a concentration in history and government from Georgetown University in 1979. Anne Marie stayed in Washington DC after graduation and began her career in non-profit organization. An internship at the National Trust for Historic Preservation led to a job with the National Conference of State Historic Preservation Officers (NCSHPO). NCSHPO is an organization of individuals appointed by the governors in the 50 states and territories to manage historic sites and oversee preservation laws. As the assistance to the executive director Anne Marie managed administrative matters and supported the association with its efforts to fight federal funding cuts for historic programs.

Anne Marie joined the IEEE Computer Society in 1988 as its director of conferences to oversee the society’s technical meetings. In 1994, her department was renamed volunteer services and expanded to include staff support for the society’s educational activities, chapter and student activities, standards, and technical activities. During her tenure at the society, she earned a MBA from George Washington University in 1994.

Anne Marie received a Certificate of Appreciation for support to the celebration of the society’s 50th anniversary, and an Outstanding Contribution Award in 1996 for her assistance in the selection of a new administrative management firm for the International Test Conference.

1999 & 2002 Harry Hayman Award
“For sustained leadership and creativity in staff management of volunteer services, especially the conferences program, and consistent excellence in support of the society’s objectives.”
Learn more about Harry Hayman Award