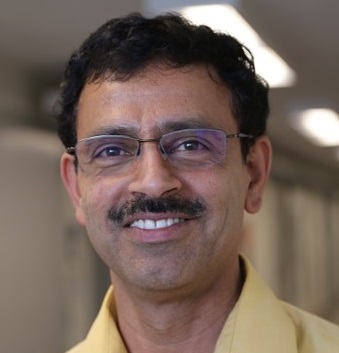 B. S. Manjunath is a Distinguished Professor of Electrical and Computer Engineering and directs the Center for Multimodal Big Data Science and Healthcare at the University of California, Santa Barbara. He is highly acclaimed for technical excellence in bringing computer vision to a diversity of applications that range from digital libraries/remote sensing to marine sciences, materials science and biology, and in the development of reproducible scientific image analytics platform, BisQue. He has made fundamental contributions to image/video segmentation, image forensics, registration, feature extraction, image search and retrieval that have been documented in over 300 peer-reviewed  publications. The impact of his technical work is demonstrated by an h-index of 70 (Google scholar), over 33K citations with six of his publications cited over 1000 times. Further emphasizing the significance and practical impact are: (a) 24 US and international patents, many of which are relating to technologies that were incorporated into the ISO/MPEG-7 standard; (b) BisQue software is now adopted as a core service by the NSF supported CyVerse Cyberinfrastructure (http://cyverse.org) that serves thousands of active users.