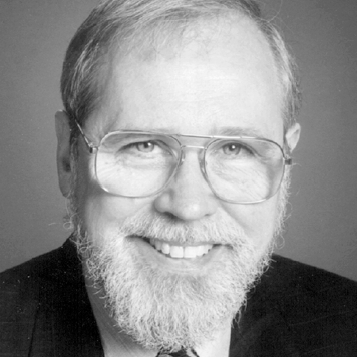 Bruce D. Shriver was born in Buffalo New York on October 18, 1940. He received a B.S. degree in Aerospace Engineering and a B.S. degree in Mathematics from Cal State Polytechnic University in Pomona in 1963 and the Ph.D. in Computer Science from the State University of New York at Buffalo in 1971.

Shriver has held a number of teaching and research positions, beginning at the University of Aarhus in Denmark, where he, his wife Beverly and their four children lived for two years. He then joined the University of Louisiana at Lafayette (ULL) in 1973 where he served for 11 years before joining IBM’s T. J. Watson Research Center in 1984. Shriver held the Alfred Lampson Endowed Chair in Computer Science at ULL, and later served as its Vice-President for Research, with an appointment to an Eminent Scholar Chair in Computer Science.

Shriver held the Walker Chair during a one year stay at the University of Hawaii. He is currently an independent consultant and a Professor-at-Large in the Department of Computer Science at the University of Tromsø in Norway and a Honorary Visiting Professor in the Faculty of Engineering at the University of Hong Kong. Shriver has chaired numerous department and university-wide committees in these settings and has made accreditation visits to various universities as a Visitation Team Chairman for the Computing Sciences Accreditation Board. While at ULL, he had 18 Ph.D. students, a large number of MS students, guided numerous undergraduate projects, and was awarded over twenty grants from governmental and industrial organizations such as NSF, ARO, NATO, TI, AT&T, and RCA. While at T. J. Watson Research Center, he was a Research Staff Member and the Department Group Manager of Software Technology. Shriver has published extensively and has lectured throughout the world in the design and implementation of computer hardware and software systems. He has been program chairman or general chairman of over 35 international conferences and workshops. Shriver has given a number of invited keynote lectures at various international conferences and workshops.

In 1990, he was made an IEEE Fellow for his work in Computer Systems Organization and Microprogramming. Shriver was president of the IEEE Computer Society in 1992, having previously served as member of the society’s Board of Governors, as editor-in-chief of Computer, the inaugural editor-in-chief of IEEE Software and an editorial board member of a number of other periodicals.

In 1991, Shriver chaired the society’s Strategic Planning Committee and led the development of the first formal strategic plan for the society. He conceived of and chaired the initial three-years of the society’s Central and Eastern European Initiative’s Committee (CEEIC). Shriver also created and led the initial three years of the Computer Society’s International Design Competition (CSIDC). He chaired the society’s Ad Hoc Committee for Special Projects for several years. He was a member of the Board of Directors of the Computing Research Association, the Chair of the Federation on Computing in the United States, the society’s Representative to the International Federation of Information Processing General Assembly, and served on the Computer Society’s European Activities Committee and its Asian Activities Committee. Shriver was a member of a number of IEEE boards and committees, among them its Awards Board, Technical Activities Board, an Ad Hoc TAB/USAB Committee, and the IEEE Publications Board.

Shriver was a lecturer in the society’s Distinguished Visitors Program and an ACM National Lecturer, and was involved in both ACM’s special interest groups and the Computer Society’s technical committees. He was vice-chairman of SIGMICRO and editor of the SIGMICOR Newsletter, the Joint SIGMICRO and TC-Micro Representative to EuroMicro, chairman of the TC on Microprogramming, and vice-chairman of the TC on Computational Medicine.