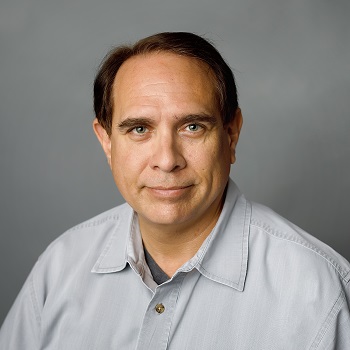 Jiménez’s research is in microarchitecture, including microarchitectural prediction and cache management. He pioneered the development of neural-inspired branch predictors that have been implemented in millions of processors sold by IBM, AMD, Oracle, and Samsung. He designed the neural branch predictor for the Samsung Exynos M1/2/3/4 SoCs used in the popular Samsung Galaxy S7/8/9/10. His 2001 paper with his dissertation advisor Calvin Lin on branch prediction with perceptrons won the “HPCA Test of Time Award” in 2019.

Jiménez is an IEEE Fellow, an ACM Distinguished Scientist, an NSF CAREER award winner, and member of the ISCA, MICRO, and HPCA halls of fame. He served as interim Chair of the IEEE Computer Society Technical Committee on Computer Architecture (TCCA) in 2018 and continues to serve as Diversity Chair and Conferences Chair for TCCA. He was General Chair of IEEE HPCA in 2011, Program Chair for IEEE HPCA in 2017, and Selection Committee Chair for IEEE Micro “Top Picks” 2020.