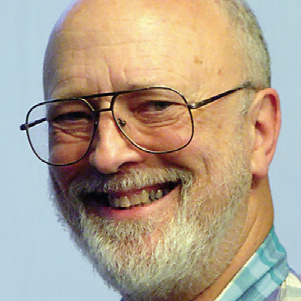 David B. Gustavson received his BS degree in physics and mathematics from the University of Nebraska with High Distinction in 1962, then studied at the Georg August Universitaet in Goettingen, West Germany as a Fulbright Fellow in 1962–1963. He received his Ph.D. in high energy elementary particle physics from Stanford University in 1969. He is a member of the Phi Beta Kappa and Sigma Xi honorary societies, the IEEE Computer Society, and a Senior Member of the IEEE.

Dave served as executive director of SCIzzL, a nonprofit organization he started in 1994 at Santa Clara University with Prof. Qiang Li, in the Computer Engineering Department, to promote the adoption and development of high performance computer interconnection standards, including SCI, Serial Express, SLDRAM, and related technologies. He served as Secretary and CFO of SLDRAM, Inc. He was a member of the Computation Research Group at the Stanford Linear Accelerator Center in Palo Alto, California from 1977–1994. From 1966 to 1977 he was a member of an elementary particle physics research group, also at SLAC, with primary responsibility for data processing systems used by that group at SLAC and at the Fermi National Accelerator Laboratory near Chicago. These systems included software for online realtime data acquisition and subsequent data reduction, and electronic and mechanical hardware for interfacing experimental equipment.

He is chairman of the ANSI/IEEE Std 1596 Scalable Coherent Interface working group, which developed a next-generation computer “bus”: SCI provides bus-like functions at far higher speeds by using a large collection of GigaByte/s point-to-point links. He worked intensely on SCI from 1988 through the mid 1990’s, initially on its development and later on explaining it to others and extending it in several dimensions, such as new electrical signaling standards for higher speed, more efficient support for massively parallel processing, higher performance memory-chip interfaces, increased support for heterogeneous multiprocessing, and developing mechanisms to support priority scheduled realtime systems.

He has also been active on other standards, including participation in the early CAMAC (IEEE 583) software standardization work, and in the IEEE Computer Society working groups for the S100 bus (ANSI/IEEE 696), VME (ANSI/IEEE 1014), and Floating Point Arithmetic (ANSI/IEEE 754) standards. He served as chairman of the Microprocessor Standards Committee of the IEEE Computer Society, and has served on the Standards Activities Board and Standards Coordinating Committee of the IEEE Computer Society, as well as briefly chairing their predecessor, the Computer Standards Committee. He served two terms as an associate editor of IEEE Micro. In the early ’80’s he worked extensively as a consultant for a successful start-up company in the field of X-ray inspection, primarily in the optical, electrical, and mechanical design of specialized X-ray cameras.

He has co-authored numerous papers in the elementary particle physics field, was co-author of the original S100 (IEEE 696) draft standard published in Computer Magazine, and has written other articles about standards in general and in recent years about Fastbus and SCI in particular, which have appeared in Computer, IEEE Transactions on Nuclear Science, and various conference proceedings. He also wrote an invited tutorial on computer buses, which appeared as the lead article in a special high-speed-bus issue of IEEE Micro (which is cited as a reference by the US Patent Office in bus-related patents and is used as course material for several university courses), wrote a section on bus guidelines and trends for the Digital Bus Handbook (ed. J. Di Giacomo, McGraw-Hill, 1990), sections of SCI: Scalable Coherent Interface (ed. Hellwagner and Reinefeld, Springer, 1999), and has given many tutorial courses on Fastbus and SCI.

2004 Hans Karlsson Award
“For outstanding contributions to the development of scalable numerical algorithms for the solution of nonlinear partial differential equations and exceptional leadership in high-performance computation.”
Learn more about the Hans Karlsson Award