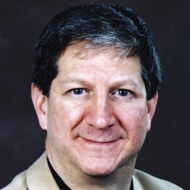 David E. Keyes is the Fu Foundation Professor of Applied Mathematics at Columbia University, an affi liate of the computational science activities at Argonne, Brookhaven, and Oak Ridge National Laboratories, and Acting Director of Institute for Scientific Computing Research at Lawrence Livermore National Laboratory. Keyes graduated with a B.S.E. in Aerospace and Mechanical Sciences from Princeton University in 1978. He received his Ph.D. in Applied Mathematics from Harvard University in 1984. He then post-doc’ed in the Computer Science Department at Yale University and taught there for eight years in Mechanical Engineering, prior to joining Old Dominion University and the Institute for Computer Applications in Science & Engineering (ICASE) at the NASA Langley Research Center in 1993. At Old Dominion, Keyes was the Richard F. Barry Professor of Mathematics & Statistics and founding Director of the Center for Computational Science.

Author or co-author of over 100 publications in computational science and engineering, numerical analysis, and computer science, Keyes has co-edited 12 conference proceedings concerned with parallel algorithms and has delivered over 300 invited presentations at universities, laboratories, and industrial research centers in over 20 countries and 35 states of the U.S. With backgrounds in engineering, applied mathematics, and computer science, and consulting experience with industry and laboratories, Keyes works at the algorithmic interface between parallel computing and the numerical analysis of partial differential equations, across a spectrum of aerodynamic, geophysical, and chemically reacting flows. Newton-Krylov-Schwarz parallel implicit methods, introduced in a 1993 paper he co-authored at ICASE, are now widely used throughout engineering and computational physics, and have been scaled to thousands of processors.

Prior awards include the Gordon Bell Prize for High Performance Computing, Special Category (shared), 1999, a National Science Foundation Presidential Young Investigator Award, 1989, and a Yale College Prize for Teaching Excellence in the Natural Sciences, 1991. Keyes led one of NSF’s “Grand, National, and Multidisciplinary Challenges” centers and one of the DOE’s ASCI Level-2 centers. He currently directs a nine-institution software infrastructure center for the DOE, created in 2001 under the Scientific Discovery through Advanced Computing initiative (SciDAC).