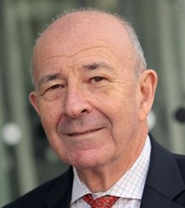 Erol Gelenbe—Fellow IEEE’86, Fellow ACM’02, Fellow of the Royal Statistical Society, Honorary Fellow of the Islamic World Academy of Sciences, Fellow of the French National Academy of Technologies, the Royal Academy of Belgium, the Science Academies of Hungary, Poland and Turkey, and of Academia Europaea—is known for pioneering computer performance analysis, and inventing the Random Neural Network and its gradient and deep learning algorithms. Awarded the $500,000 Mustafa Prize for inventing Gelenbe-Networks that model both data networks and neural networks, he graduated 95 PhD students according to the American Mathematical Society Mathematics Genealogy Project.

Co-founder of the IEEE Computer Society MASCOTS conferences, ACM SIGMETRICS and IFIP WG7.3 annual conferences, he is among the first 19 IFIP Fellows in 2020 elected to celebrate IFIP’s 60th Anniversary. Having served as associate editor for several IEEE Transactions and of the Proceedings of the Royal Society A, Editor in Chief of the British Computer Society Computer Journal and of Springer-Nature Computer Science, he is now on the editorial board of IEEE Trans. on Cloud Computing, Acta Informatics, ACM Ubiquity, Performance Evaluation, etc.

1979-1986 he chaired the French Chapter of the IEEE Computer Society, served as IEEE Communications Society Distinguished Lecturer for two terms and is now Distinguished Visitor of the IEEE Computer Society. Former Chair of Duke University’s Electrical and Computer Engineering Dept., University Chair professor and Director of EECS at UCF, New Jersey State Endowed Chair Professor at NJIT, at Imperial College London, he was Dennis Gabor Professor and Head of Intelligent Systems and Networks. In France and Belgium he was a chaired professor at the University of Liege, the Universities of Paris-Saclay and Paris-Descartes.

His honors include Chevalier de la Legion d’Honneur (France), Commander of Merit of both France and Italy, and Grand Officer of the Order of the Star of Italy. He is currently Professor in the Institute of Theoretical and Applied Informatics of the Polish Academy of Sciences, Honorary Professor at the University of Electronic Sciences and Technology of China, and other institutions.

Smart Cognitive Systems are Needed to Feet the QoS, Security and Energy Consumption Bounds of the Futures

The medium term future holds terabit/sec networks with a wide variety of infrastructures, both earth-based and in space, with massive memory needs both locally and remotely to handle high volumes of data that such networks will access, process and convey for applications such as the IoT, smart vehicles and smart cities. Security will continue to be a key requirement while climate change will force us to consider solutions which are stringently energy efficient. Networks will need to seamlessly integrate a variety of legacy systems and infrastructures, due to varying rates of development and investment across the world. This speed, data volumes, technological diversity and complexity will come with strong demands for QoS, Security and Energy Efficiency which relate not just to end users and applications, but also to the indispensable on-line control mechanisms needed to manage the network. Energy Efficiency, and overall energy savings, will be mandated by the challenges imposed by sustainability and global warming, so that the introduction of new networks will depend on our ability to demonstrate an overall energy savings and reduction of environmental impact including the network and the societal applications, all taken together. To manage this complexity, and its QoS, Security and Energy Consumption challenges, we propose a unified Goal Driven Autonomous Cognitive System that uses Reinforcement Learning and predictable Random Neural Networks, with on-line data and measured experience, to optimize in real-time the overall performance and security objectives that must be me. We will illustrate our presentation with experimental results for our recent large scale EU Horizon research projects.

Contrary to our expectations, energy consumption by ICT is a controversial subject where experts of different organizations express divergent views. Obviously, experts from the computer industry will tend to vaunt the increasing efficiency of digital equipment, while those that are concerned with sustainability will stress the projected increase of energy consumption by ICT, as well as the increasing use of rare and polluting materials for the fabrication of devices and computer chips. ICT is often put forward as the means to obtain energy consumption savings, and the resulting reduction of CO2 emissions, while ICT has over the last decade substantially increased its overall share of electricity consumption, going from 4-5% a decade ago, to perhaps currently 8-10% of total electricity production, and an overall 2% share of carbon emissions. Of course, carbon emissions per KWH of electricity vary widely from one country to another based on the primary sources of energy that are used, and countries such as Belgium and France that generate most of their electricity via nuclear plants have a very low average CO2 emission under 100g per KWH of electricity. Another environmental concern regarding ICT that is seldom mentioned is the use in microchips of a very broad spectrum (nearly two-thirds) of elements of the periodic table, many of which require substantial energy to mine, and which can also be significant polluters when the equipment is decommissioned. In a world that consumed close to 25,000 TWH (tera-watt hours) of electricity in year 2019, this amounted to roughly 2,000 TWH, of which it is estimated that 50% was related to the manufacturing of new ICT equipment. Indeed, the manufacturing of ICT devices represents as much electricity consumption  in one year as the total annual electricity consumption to run the devices. Other important figures are the 200 TWH consumed by data centers, 250 TWH by communication networks, while 550 TWH were consumed by end-users, customer premises servers and network equipment, and laptops and mobile devices. In the latter amount, we also need to include Blockchain and crypto-currencies. It is estimated that new applications such as crypto-currencies consume as much electricity as a small but advanced country such as the Netherlands. It is also expected that 5G is causing an increase of energy consumption by communication networks in the first instance, before the technical means to reduce this consumption can be included in later generations of wireless mobile communication systems. Methods that are sought to achieve such energy savings include the smart use of slower operation or “sleep” cycles for equipment when system workloads are lower, as well as optimum equipment replacement policies that take the best advantage of new equipment with lower power consumption, to offset the additional energy consumption due to the manufacturing of new equipment, and the decommissioning of old equipment. Certain ICT industry sectors also privilege the purchase of energy from renewable sources to improve their CO2 emissions; although this encourages electric power companies to increase their renewable energy supplies, it also pushes the non-renewable energy sources to other sectors of the economy that cannot negotiate or afford large energy contracts or premium prices. One of the reasons for the controversies about ICT’s energy consumption is the relative paucity  of experimental data. Indeed, although it is technically possible to globally monitor the energy consumption by ICT, it would require industry to take an active role of measurement and monitoring of its energy consumption, when it provides and operates ICT devices such as computers, laptops, home entertainment and game consoles, mobile devices, network forwarders, routers, copper and fiber connectors, wireless base stations and IoT devices . While this is done by data center operators and by most network operators, it remains difficult to do for the billions of devices that have been installed, and which are constantly produced and used. Thus in our talk we will first present an overview of different energy consumption figures by ICT, and then provide a specific example of the manner in which power and energy consumption can be measured in current digital equipment. Our presentation will then detail some trends and figures, and discuss them in the light of the manner in which technology and ICT systems themselves are evolving.

Smart Cognitive Systems are Needed to Feet the QoS, Security and Energy Consumption Bounds of the Futures