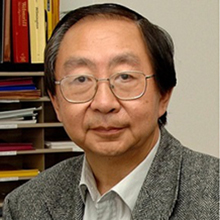 Guang R. Gao has been a faculty member at the University of Delaware since 1996, and is an endowed distinguished Professor of Electrical and Computer Engineering.  He received his Ph.D. degree in 1986 in Computer Science at MIT — the first from mainland China.  Gao is an alumni of Tsinghua University in Beijing.  Gao is a ACM Fellow and IEEE Fellow since 2007.

Gao has devoted a majority of his research and academic activities in pursuing R&D in dataflow program execution models and architecture/compiler innovations. The work of Gao and his students  have shown that the fundamental value of the dataflow model of computation in addressing the challenges and bottleneck encountered in parallel computer systems under classical von-Neumann architectures model.  To this end, Gao has led a series of parallel architecture and system projects where various aspects of dataflow models are explored and realized in high-performance computers – ranging from innovations in programming paradigms, microarchitecture design, to system software technology (compilers, runtime, etc.) and multicore chip  hardware design methodology.  Gao has made unique and significant contributions in compiler techniques and microarchitectures for instruction-level and thread-level parallelism.

The impact of Gao’s work has also been recognized with his entrepreneur effort to apply his academic R&D results successfully to a significant supercomputing system project in mid-2000s – known as IBM Cyclops-64 Supercomputer – one of the largest supercomputer based on large-scale many-core chip technology at that time and has been in use in real world.