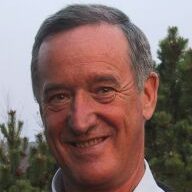 Hermann Kopetz received his PhD in physics “sub auspiciis praesidentis” from the University of Vienna, Austria in 1968. After a two-year period as a Post Doc and Assistant Professor at the University of Georgia in Athens, GA, he joined industry in Austria in 1970, serving as a manager of the computer process control department at Voest Alpine in Linz, from 1972-1978. In 1978 he accepted an appointment as a Professor for Computer Process Control at the Technical University of West-Berlin. Since 1982 he is Professor for Software Engineering and Real-Time Systems at the Vienna University of Technology. From 1990 to 1992 Kopetz was chairman of the IEEE Technical Committee on Fault-Tolerant Computing and was elected to the grade of a “Fellow of the IEEE” in 1993. Dr. Kopetz was the Chairman of the IFIP WG 10.4 on Dependable Computing and Fault-Tolerance from 1996 to 1998. In 1998 he was elected to become a full member of the Austrian Academy of Science. In July 2000 Dr. Kopetz was nominated by the Austrian Government to become one of the eight scientists to advise the Austrian Government on Science Policy. Dr Kopetz has published a widely used textbook on Real-Time Systems and more than 100 papers on the topic of embedded systems. He holds more than twenty patents in the area of dependable real-time systems.

Kopetz’s research interests focus on the intersection of real-time systems, fault-tolerant systems, and distributed embedded systems. He is the chief architect of the Time-Triggered Protocol and the Time-Triggered Architecture which evolved over the past twenty-five years of research. In his research, he has always considered that the progression of real time is an essential property of realty and, as a consequence, must take a central role in the specification and design of dependable embedded systems. In his view the removal of real time from many theories and models of computation is a profound mistake. Many fundamental problems of computer science, such as the meta-stability problem, the mutual exclusion problem or the deterministic ordering problem of messages in a distributed system are caused by simultaneity, which is a problem of timing. If a proper representation of real time, such as his sparse time, is included in a system model, then the solutions to these problems become simpler. In the past few years, Kopetz’s ideas have been taken up by a wider academic and industrial research community and gave rise to the development of the field of time-triggered real-time systems.