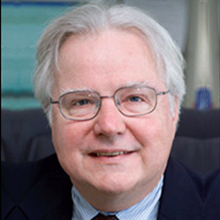 James Moore PlaqueIn 23 years of service to the IEEE Computer Society and the IEEE Standards Association, Moore has pursued the application of engineering principles to modern information technology and software problems, providing key contributions to the standards for POSIX and Ada. In 1995, he began working on the craft-based techniques of software development, taking on the job of “harmonizing” the inconsistent standards of ISO/IEC and IEEE on the subject—a program which is close to completion. In 1997, he began working with others in developing an engineering-based codification of software development, resulting in a cornerstone for the discipline, the 2004 Guide to the Software Engineering Body of Knowledge. As Chair of the IEEE Computer Society’s Professional Practices Committee, he led efforts to align the SWEBOK Guide with the model curriculum for software engineering and with the Computer Society’s two certification programs, resulting in a single statement of the content and boundaries of the software engineering discipline—a baseline which has been largely accepted by external groups developing a master’s level curriculum in software engineering and providing a path to licensure in the United States of software engineers.

Mr. Moore graduated from the University of North Carolina with a BS in Mathematics, and Syracuse University with an MS in Systems and Information Science.