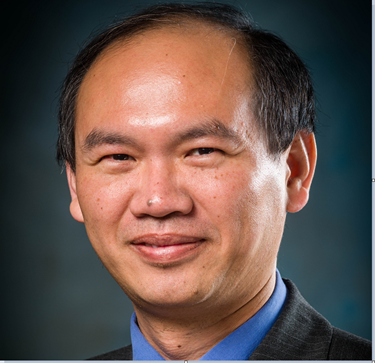 Meikang Qiu received the BE and ME degrees from Shanghai Jiao Tong University and received Ph.D. degree of Computer Science from University of Texas at Dallas. Currently, He is the Department Head and tenured full professor of Texas A&M University Commerce. He is an ACM Distinguished Member and IEEE Senior member. He is the Chair of IEEE Smart Computing Technical Committee. His research interests include Cyber Security, Artificial Intelligence, Big Data, Cloud Computing, Smart Computing, Intelligent Data, Embedded systems, etc. A lot of novel results have been produced and most of them have already been reported to research community through high-quality journal and conference papers. He was selected as Highly Cited Researcher 2020 by Web of Science. His H-index is 58 with citation around 11000.

This talk will first illustrate how to use AI techniques to enhance cyber security of various systems. There are several ways to apply AI to cyber security area. This talk will use prediction-based AI technics to enhance the total security of the V2X (Vehicle-to-Everything) communication system. The talk takes serious considerations of latency while implementation the data encryption for V2X communication systems. Furthermore, the talk will discuss about deep reinforcement learning to protect the security of V2X system without scarifying safety of the vehicles. Examples and experimental results will be given to show the detailed techniques on applying AI techniques to enhance cyber security of vehicles, with the potential of implementing them to various cyber-physical systems.

Recent booming growth of cloud computing and Big Data &AI have brought numerous challenges to resource scheduling and security from both insider and outsider threats. The encrypted data are relatively considered a safe storage status. However, the process of encrypting data is still facing adversarial actions and data process generally is inapplicable over cipher-texts. As a type of the encryption approach allowing computations over cipher-texts, a Fully Homomorphic Encryption (FHE) can concurrently deal with the adversarial hazards and support computations on cipher-texts. This research focuses on the issue of blend arithmetic operations over real numbers and proposes a novel tensor-based FHE solution with limited resources available. The proposed approach is called a Fully Homomorphic Encryption for Blend Operations (FHE-BO) model that uses tensor laws to carry the computations of blend arithmetic operations over real numbers. The experimental results have depicted that our approach is superior in security protection and resource usage to previous methods.