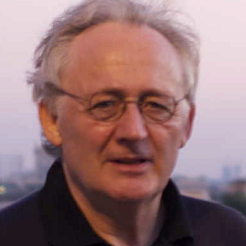 Patrick Cousot received the Doctor Engineer degree in Computer Science and the Doctor ès Sciences degree in Mathematics from the University Joseph Fourier of Grenoble, France.

Patrick Cousot is currently Professor of Computer Science at the Courant Institute of Mathematical Sciences, New York University, USA. Previously he was Professor at the École Normale Supérieure, Paris, the École Polytechnique, the University of Metz and Research Scientist at the French National Center for Scientific Research (CNRS) at the University Joseph Fourier of Grenoble, France.

Patrick Cousot was awarded the Silver Medal of the CNRS (1999), a honorary doctorate from the Fakultät Mathematik und Informatik of the Universität des Saarlandes (2001), the Grand Prix of Computer Science and its Applications of the EADS Corporate Research Foundation attributed by the French Academy of Sciences (2006), a Humboldt Research Award (2008), and the ACM SIGPLAN Programming Languages Achievement Award (2013) with Radhia Cousot. He is Member of the Academia Europæa (since 2006).

Patrick Cousot is the inventor, with Radhia Cousot, of Abstract Interpretation, a fundamental, general, and unifying theory of sound abstraction and approximation of the mathematical structures involved in the formal semantics (describing the possible behaviors of systems), the formal specification (describing the intended behaviors of systems), the static analysis (to let a computer fully automatically infer properties of systems from their formal descriptions, as necessary for verification),  the proof (to check manually or with the assistance of a theorem prover or proof assistant that systems have specified properties), and the verification (to let a computer fully automatically check that systems have specified properties) of computer (and biological) systems. Abstract Interpretation has proved to scale up to automatically verify very large systems as found in advanced real-world industrial applications in transportation, communications and medicine.

2014 Harlan D. Mills Award
“For the invention of “abstract interpretation,” development of tool support, and its practical application.”
Co-recipient with Radhia Cousot
Learn more about the Harlan Mills Award