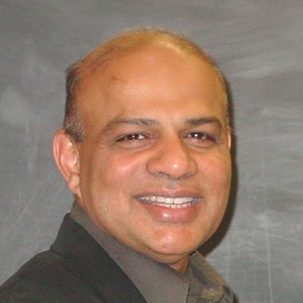 Ram Chillarege brings a new order of insight and methods to managing software engineering. His consulting practice, “Software Engineering Optimization”, creates significant efficiencies and drives ROI. He was with IBM for 14 years, where he founded and headed the Center for Software Engineering. He then served as Executive Vice President of Software and Technology at Opus360, New York.

Ram is the inventor of Orthogonal Defect Classification (ODC) and an expansive body of work which ushers new methods to the business of managing software engineering operations. Its evolution from concept to large scale rollout spanned a decade, culminating with implementation programs worldwide reaching thousands of engineers at IBM. ODC brings value through fast measurement, sophisticated analysis and targeted feedback; radically enriching the management of software. Ram is now writing the ODC Book.

He was the driver behind IBM’s corporate-wide Software Testing initiative. In the mid ‘90s Ram led an international team of experts, authored the seminal IBM Academy study on Software Testing, and helped create a corporatewide undertaking. The initiative spawned new technology, enhanced existing practices, built a technical leadership community across business units and impacted tens of thousands of engineers. He was elected IEEE Fellow and awarded the IBM Outstanding Innovation Award for ODC. An active speaker at conferences, he continues to publish adding to collection of some 50 peer reviewed professional articles. He is on the IEEE Steering Committees for Application Specific Software Engineering, Software Reliability, and Dependable Computing. He chairs the Charter group for Software Reliability, will Chair ISSRE-2005, and has chaired IEEE ISSRE-1996, and FTCS-1997. He has also served as an Associate Editor for the IEEE Transactions o on Reliability.  He chairs the CTO Council for the New York Software Industry Association, and is on the board of the University of Illinois Department of Electrical and Computer Engineering. Ram received his Ph.D. from the University of Illinois, Urbana-Champaign in Computer Engineering, M.E. and B.E. from the Indian Institute of Science, Bangalore, and B.Sc. from the University of Mysore.