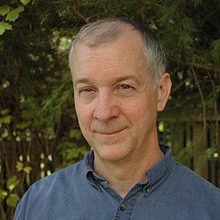 Robert (Bob) P. Colwell was Intel’s chief IA32 microprocessor architect from 1992–2000, and managed the IA32 Arch group in Intel’s Hillsboro, Oregon facility through the P6 and Pentium 4 projects. He was named the Eckert-Mauchly award winner for 2005, the highest honor in the field of computer architecture, for “outstanding achievements in the design and implementation of industry-changing microarchitectures, and for significant contributions to the RISC/CISC architecture debate.”

He was named an Intel Fellow in 1996. Previously, Colwell was a CPU architect at VLIW pioneer Multiflow Computer, a hardware design engineer at workstation vendor Perq Systems, and a member of technical staff at Bell Labs. He has published many technical papers and journal articles, is inventor or co-inventor on 40+ patents, and has participated in numerous panel sessions and invited talks.

He is the Perspectives editor for Computer Magazine, and wrote the At Random column 2002–2005. He is currently an independent consultant. Colwell holds the BSEE degree from the University of Pittsburgh, and the MSEE and PhD from Carnegie Mellon University.