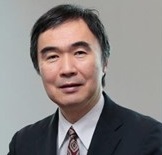 Satoshi Matsuoka from April 2018 has been the director of Riken Center for Computational Science (R-CCS), the top-tier national HPC center for Japan, developing and hosting Japan’s flagship ‘Fugaku’ supercomputer which has become the fastest supercomputer in the world in all four major supercomputer rankings in 2020 and 2021 (Top500, HPCG, HPL-AI, Graph500), along with multitudes of ongoing cutting edge HPC research being conducted, including investigating Post-Moore era computing.

He has been a Specially Appointed Professor at Tokyo Institute of Technology since 2018 along with his directorship at R-CCS.He was the leader of the TSUBAME series of supercomputers that had also received many international acclaims, at the Tokyo Institute of Technology, where he still holds a professor position, to continue his research activities in HPC as well as scalable Big Data and AI, in both institutions.

His commendations include the Fellow positions in societies/conferences ACM, ISC, and the JSSST; the ACM Gordon Bell Prize in 2011 & 2021 and the IEEE Sidney Fernbach Award in 2014, all being one of the highest awards in the field of HPC; the Technical Papers Chair and the Program Chair for ACM/IEEE Supercomputing 2009 and 2013 (SC09 and SC13) respectively as well as many other conference chairs, and the ACM Gordon Bell Prize selection committee chair in 2018. He received the Medal of Honor with Purple ribbon by the Japanese government in 2022.