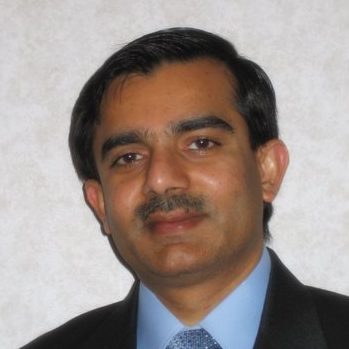 Shashi is internationally recognized for research, teaching and professional service in spatial databases, an interdisciplinary area at the intersection of Computer Science and Geographic Information Science (GIS). A major goal of his research is to understand the computational structure of very large spatial computations (e.g. data analysis via spatial querying and spatial data mining) needed by social and physical sciences as well as engineering disciplines. Earlier his research developed core technologies behind in vehicle navigation devices as well as web-based routing services, which revolutionized outdoor navigation in urban environment in the last decade. His research results are now playing a critical role in evacuation route planning for homeland security and were recognized by the Center for Transportation Studies (CTS) Partnership Award (2006) for significant impact on transportation.

Shashi’s general area of research is data and knowledge engineering, with a focus on storage, management and analysis of scientific and geographic data, information and knowledge. Major contributions in data engineering and database systems includes the Connectivity-Clustered Access Method (CCAM), a new storage and access method for spatial networks, which outperform traditional indexes (e.g. R-tree family) in carrying out network computations. Other contributions relate to semantic query optimization and high performance geographic databases. In knowledge engineering, his work focuses on spatial data mining, and neural networks. Major contributions include the notion of co-location patterns in spatial datasets, characterization of the computational structure of spatial outlier detection, faster algorithms for estimating parameters for the spatial auto-regression model, as well one of the most scalable parallel formulation of the back-propagation learning algorithms for neural networks.

Shashi was elected an IEEE Fellow for contributions to spatial database storage methods, data mining, and GIS. He has co-authored over 180 research papers and a textbook on Spatial Databases (Prentice Hall, 2003, ISBN 0-13-017480-7), which has been translated into two foreign languages. He is currently co-editing an encyclopedia of GIS.

Shashi is serving as a co-editor-in-chief of GeoInformatica: An International Journal on Advances of Computer Science for Geographic Information Systems and has served on the editorial boards of IEEE Transactions on Knowledge & Data Engineering as well as the IEEE Computer Society Computer Science & Engineering Practice Board. He also served as a program co-chair of the ACM Intl. Workshop on Advances in Geographic Information Systems, 1996. He is serving on the steering committee of the ACM Symposium on Geographic Information Systems and has served as a member of the Mapping Science Committee (2004–2006) of the National Research Council National Academy of Sciences (NAS/NRC), the Board of Directors of University Consortium on GIS (2003–2004), and 2005–2006 NRC/NAS Committee to review basic and applied research at National Geo-spatial-Intelligence Agency (NGA). He also served as the Director of the Army High Performance Computing Research Center during 2005–2007.