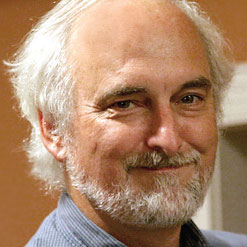 Timothy W. Finin is a professor of computer science and electrical engineering at the University of Maryland, Baltimore County (UMBC). He has over 30 years of experience in applications of artificial intelligence to problems in information systems and intelligent interfaces. His current research is focused on the semantic web and on analyzing and extracting information from online social media systems. He holds degrees from MIT and the University of Illinois and has also held positions at Unisys, the University of Pennsylvania, and the MIT AI Laboratory.

Finin is the author of over 300 refereed publications and has received research grants and contracts from a variety of sources. In the early 1990s, he was a member of the DARPA/NSF Knowledge Sharing Effort and helped lead the development of the KQML agent communication language. Ten years later, he served as a member of the W3C Web Ontology working group which produced the OWL language for the Semantic Web.

He has chaired many major conferences, including the IEEE Conference on Artificial Intelligence for Applications, the ACM Conference on Information and Knowledge Management, the ACM Autonomous Agents conference, the ACM Conference on Mobile and Ubiquitous Computing, the AI and the Web track of the AAAI conference, and the International Semantic Web Conference. Finin is a former chair of the UMBC Computer Science Department, has served on the board of directors of the Computing Research Association and been a AAAI councilor. He is currently on the editorial board of several journals and is editor-in-chief of the Elsevier Journal of Web Semantics.