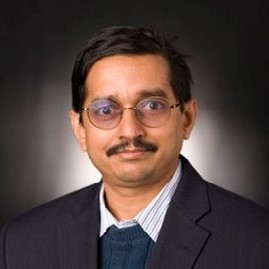 Narayanan’s research focuses on computer architecture, power-aware systems, embedded vision systems, design using emerging technologies, and design automation. Narayanan has mentored 110 graduate students to completion and has worked with several undergraduate researchers. He enjoys working in inter-disciplinary teams and is currently funded by the NSF Expeditions in Computing Visual Cortex on Silicon center, DARPA/SRC Center for Brain Inspired Computing, DARPA/SRC CRISP center, the DoE 3DFEM center, and the DoE CSEMII program. His research has resulted in widely used simulation tools, models, testbeds and prototypes. His prototypes have been demonstrated at the science exhibition at the US Capitol, K-12 science fairs and community events. He has won two most influential paper awards and multiple best paper awards, including those from the IEEE Transactions on VLSI and the IEEE Transactions on Multi-Scale Computing Systems.

Narayanan was elected as a Fellow of IEEE and ACM in recognition of his contributions to power-aware design. Narayanan was elected as a fellow of the National Academy of Inventors for the tangible impact of his inventions. Narayanan’s other recognitions include the University of Madras First Rank in Computer Science and Engineering, SVCE Outstanding Alumni Award, NSF CAREER Award, NAGS Geoffrey Marshall Mentoring Award, and PSEAS Premier Research Award.

He has served and continues to serve in various volunteer roles at ACM, ACM SIGDA, IEEE, IEEE CEDA, IEEE Computer Society and the GeoEd Foundation. He has also served as a technical reviewer for funding agencies around the world.