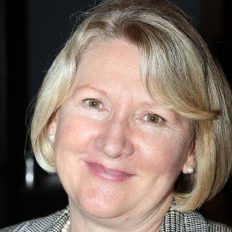 Violet S. Doan was born in Toronto, Canada, where she lived until her family moved to Cleveland, Ohio in her early teenage years. After graduating from high school in 1970, she attended Bob Jones University in Greenville, South Carolina and earned a bachelor’s degree in business administration in 1974 and a teaching credential in 1975. She student-taught undergraduate accounting at Clemson University before returning to Cleveland to work for Ernst & Young, then Hahn, Loeser, a large corporate law firm. Doan pursued graduate studies in Los Angeles. In the nearly 10 years that she lived in Los Angeles, Doan worked for the international Seeley-Colliers Company, a commercial and industrial real estate brokerage and asset management firm founded in 1906. She served as administrative manager for five years for Seeley’s seven-office regional designation. Doan worked on two large multi-year team projects: site selection study and eventual relocation of the then Lockheed Corporation headquarters out of California and on new headquarters space for Mattel Corporation.

Doan received certificates of appreciation in 1987 and 1989 for consistent high-quality administrative support to Computer Society presidents and for excellence in staff support of the Society’s Board of Governors and officers. Harry Hayman, former executive secretary of the Computer Society and namesake of this prestigious award, was long retired from the Computer Society when Doan arrived, but she had the pleasure of meeting and speaking to Dr. and Mrs. Hayman during their many visits between Boca Raton and Washington.

1999 Harry Hayman Award Recipient
“For continuous and long-term leadership and innovation in financial and administrative management, and consistent excellence in support of the society’s goals.”
Learn more about the Harry Hayman Award