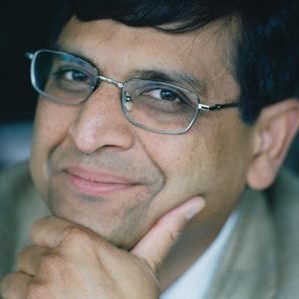 Vipin Kumar is a Regents Professor at the University of Minnesota, where he holds the William Norris Endowed Chair in the Department of Computer Science and Engineering. Kumar received a BE degree in electronics and communication engineering from Indian Institute of Technology Roorkee (formerly, University of Roorkee), India, in 1977, an ME degree in electronics engineering from Philips International Institute, Eindhoven, Netherlands, in 1979, and a PhD degree in computer science from University of Maryland, College Park, in 1982. Kumar’s research interests include data mining, high-performance computing, and their applications in climate/ecosystems and biomedical domains. Kumar is the Lead PI of a five-year, $10 million project, “Understanding Climate Change — A Data Driven Approach,” funded by the NSF’s Expeditions in Computing program that is aimed at pushing the boundaries of computer science research. He also served as the head of the Computer Science and Engineering Department from 2005 to 2015 and the director of Army High-Performance Computing Research Center (AHPCRC) from 1998 to 2005. His research has resulted in the development of the concept of isoefficiency metric for evaluating the scalability of parallel algorithms, as well as highly efficient parallel algorithms and software for sparse matrix factorization (PSPASES) and graph partitioning (METIS, ParMetis, hMetis).

He has authored more than 300 research articles and has co-edited or coauthored 10 books, including two text books “Introduction to Parallel Computing” and “Introduction to Data Mining,” which are used worldwide and have been translated into many languages. Kumar’s foundational research in data mining and its applications to scientific data was honored by the ACM SIGKDD 2012 Innovation Award, which is the highest award for technical excellence in the field of Knowledge Discovery and Data Mining (KDD).