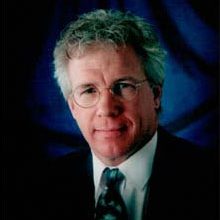 H. Wayne Hodgins is recognized around the world as a strategic futurist and one of the leading experts on human performance improvement, knowledge management, and learning and training technology. With more than 30 years of experience in business and education, Wayne has developed thought-provoking and visionary perspectives on how learning, technology, and standards can revolutionize workforce productivity.

Hodgins began his career as an educator of young adults and professionals, teaching industrial design and technology in Vancouver, Canada. He played a key role in training other educators throughout North America on leading technologies, such as AutoCAD. In 1988, Hodgins received the Marshall McLuhan Most Distinguished Teacher award.

In 1989, Hodgins joined Autodesk, Inc. to develop and manage the company’s teacher training and CAD standard programs. He was an advisor on the development of the National CAD Skill Standards, where he began distinguishing himself as a strategic thinker in areas related to learning, performance, and productivity. In the years since, he has been invited to participate on dozens of internationally recognized standards boards. He serves as chair of the IEEE Learning Technology Standards Committee, which is responsible for defining the Learning Object Metadata Standard. He also serves as a strategic advisor to groups such as the US Department of Defense, CEN/ISSS European Standards Body, PROMETEUS education and training consortium for Europe, ISO JTC1/SC36, and Advanced Learning Infrastructure Consortium in Japan. Most recently, he was appointed to the Industrial Advisory Board of the European Unions 6th Framework PROLEARN Network of Excellence. As a result of his work with IEEE and other organizations focused on learning and content strategies, he is known throughout the training industry as “Mr. Metadata” and is commonly referred to as the “father” of learning objects.

Over the years, Hodgins has developed a view of human performance improvement that promotes the synergy between learning, productivity, creativity, and activity – a concept he calls “learnativity.” He has formed a non-profit organization, Learnativity.org, that actively explores this concept in collaboration with others in the training industry.

Hodgins has been profiled and interviewed by business press including Forbes, Fortune, Industry Week, CNN, C-NET, and e-CFO. Training Magazine named him one its top 10 “New Breed of Visionaries for the 21st Century,” and E-Learning Magazine recognized him as a corporate learning leader by naming him one of the “Top 10 CLOs.” An energetic, powerful, and compelling speaker, Hodgins has delivered more than 500 keynote sessions around the world for industry, government, and academia.

2002 Hans Karlsson Award
“For extraordinary leadership and vision that led to the first learning technology standard that was instrumental in moving an entire industry to pursue a standards-based, rather than a proprietary, approach.”
Learn more about the Hans Karlsson Award