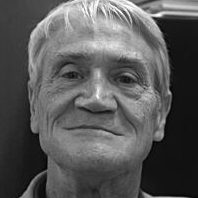 Wesley Allison Clark (born 1927) is a computer scientist and one of the main participants, along with Charles Molnar, in the creation of the LINC laboratory computer, which was the first mini-computer and shares with a number of other computers (such as the PDP-1) the claim to be the inspiration for the personal computer.

Clark was born in New Haven, Connecticut and grew up in northern California. He graduated from the University of California, Berkeley in 1947, and received an electrical engineering degree from MIT in 1955. Clark worked for Washington University from 1964–1972, and as a consultant thereafter. He founded Clark, Rockoff, and Associates in Brooklyn, New York, with his wife, Maxine Rockoff. His oldest son, Douglas, is a professor of computer science at Princeton University.

The New York Times series on the history of the personal computer had this to say in an article on 19 August 2001, “How the Computer Became Personal.”

In the pantheon of personal computing, the LINC, in a sense, came first — more than a decade before Ed Roberts made PC’s affordable for ordinary people. Work started on the Linc, the brainchild of the M.I.T. physicist Wesley A. Clark, in May 1961, and the machine was used for the first time at the National Institute of Mental Health in Bethesda, MD, the next year to analyze a cat’s neural responses.

Each Linc had a tiny screen and keyboard and comprised four metal modules, which together were about as big as two television sets, set side by side and tilted back slightly. The machine, a 12-bit computer, included a one-half megahertz processor. Lincs sold for about $43,000 — a bargain at the time — and were ultimately made commercially by Digital Equipment, the first minicomputer company. Fifty Lincs of the original design were built.

Clark had a small but key role in the planning for the ARPANET (the predecessor to the Internet). In 1967, he suggested to Larry Roberts the idea of using separate small computers (later named Interface Message Processors) as a way of standardizing the network interface and reducing load on the local computers. He was elected to the National Academy of Engineering in 1999.