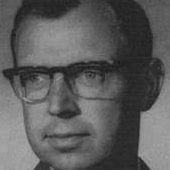 Willis H. Ware was born in Atlantic City, N.J., on 31 August 1920. He received the B.S. degree from the University of Pennsylvania in 1941, and the S.M. degree in 1942 from Massachusetts Institute of Technology, where the was a Tau Beta Pi Fellow.

From 1942 to 1946 he was employed by the Hazeltine Electronics Corporation for research and development in radar and IFF. In 1946 he became one of the original members of the staff of the Electronic Computer Project at the Institute for Advanced Study, Princeton, N.J. There he worked on the design and development of the large scale general purpose electronic digital computer which was later to set the pattern for the construction of serveral other “Princeton class machines.” At the same time he continued his graudate work at Princeton University, from which he received the Ph.D. degree in 1951. In 1952, Dr. Ware joined the RAND Corporation, where he is continuing his work with digital machines.

Dr. Ware was a member of Tau Beta Pi, Sigma Xi, Eta Kappa Nu, Pi Mu Epsilon, and the American Association for the Advancement of Science.

Dr. Ware passed away on 22 November 2013, aged 93 at his home in Santa Monica. Dr. Ware is survived by two daughters, Deborah and Alison, son David, and their spouses, Edwin Pinson, Thomas Manoli, and Astrid Erling, and granddaughters Arielle and Victoria Manoli.