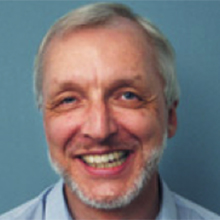 Willy Zwaenepoel received his B.S. from the University of Gent, Belgium in 1979, and his M.S. and Ph.D. from Stanford University in 1980 and 1984, respectively. In September 2002, he joined EPFL. He was Dean of the School of Computer and Communications Sciences at EPFL from 2002 to 2011. Before joining EPFL, Willy Zwaenepoel was on the faculty at Rice University, where he was the Karl F. Hasselmann Professor of Computer Science and Electrical and Computer Engineering.

Willy Zwaenepoel has worked in a variety of aspects of operating and distributed systems, including microkernels, fault tolerance, parallel scientific computing on clusters of workstations, clusters for web services, mobile computing, database replication and virtualization. He is most well known for his work on the Treadmarks distributed shared memory system, which was licensed to Intel and became the basis for Intels OpenMP cluster product. His work on high-performance software for network I/O led to the creation of iMimic Networking, Inc, which he led from 2000 to 2005. His current interests include large-scale data stores and software testing. His work in software testing led to the creation of BugBuster, a startup based in Lausanne.