Surprising Marketing Lessons from the Pet Industry
By Neal Leavitt 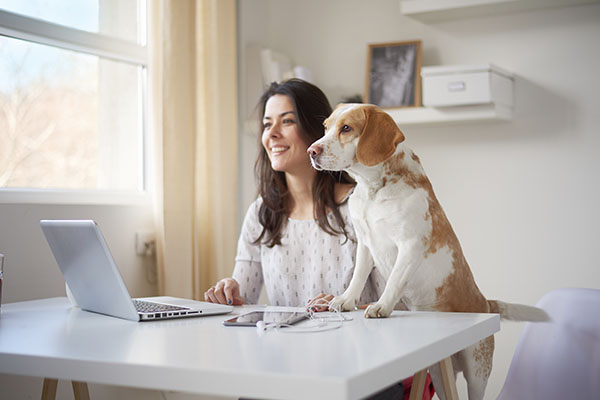 Marketers can learn a thing or two from our furry (and scaly for those who may own reptiles, snakes, other creepy-crawlers) friends.

While the fast-growing $61 billion a year pet product industry is wooing new consumers with disruptive marketing campaigns, e-Commerce and digital marketing to pet owners is still the new frontier. According to Annalect, a New York City-based data analytics company, only 8.2 percent of the entire market regularly shops for pet products online.

Not surprisingly, Millennials (18–35 year olds) have now emerged as the largest population of pet owners. Market research firm GfK says 57% of them currently own a cat or dog—and 63% think pets should be pampered (what’s wrong with the other 37%?!).

Again, no surprise, pet industry marketers are gearing their campaigns towards this key demographic audience. Numerous mobile apps catered for these pet owners have sprung up, featuring everything from shopping lists to loyalty programs to delivery options, even QR scanning for promotions/discounts. And pet food companies small and large have rolled out rather innovative programs to both ratchet up the noise level for their products and hopefully, capture market share.

A few years ago, Subaru created an entire marketing campaign and website for its Forester wagon around dogs – the company touted the car was ‘dog-tested’ and the company’s Subaru Dog-Tested Facebook page even provided dog driver’s licenses.

IKEA Germany constructed ‘dog parking lots’—AstroTurf beds for dogs to chill out while their owners shop. The company reported an uptick in sales at IKEA stores in Deutschland that provided this service.

Last year, Ogden, UT-based Fidobiotics, which makes probiotic supplements for your doggie’s digestive health, launched an online video campaign called #whymydogmatters. Pet Product News reported that over a six-week period, the company invited owners to post their videos on Facebook, Instagram, Pinterest, Twitter and YouTube with the aforementioned tag to tell the story of their pooch. Each week Fidobiotics highlighted a video on the company’s website and the videos were entered to win an exclusive prize pack.

GfK noted that there has been a humanization and personalization of pet foods in recent years.

“With the rise of the pet nutritionist and many pet owners now prepared to spend more money on premium products for their humanized pets, it’s no surprise that there’s now a large and growing market for pet food that more closely resembles human food. There is also a demand for eco-friendly pet food that is green in terms of its ingredients, production, packaging and business ethos,” added GfK.

The company said that mainstay Purina has grabbed a significant chunk of the premium product market with ‘Just Right,’ a customized dog food that is tailored to a dog’s nutritional needs.  And Petbrosia personalizes its food along with a guarantee that its products contain natural ingredients and are corn, soy and wheat free.

So America’s continual love affair and identification with their pets will continue to provide opportunities for pet brands.

The U.S. Census bureau says first marriages last a median of eight years; life with a dog or cat can be a decade or more.  Rebecca North, who heads up Portland, OR-based North, an independent ad agency, said research has shown that pet ownership has health benefits, e.g., lower stress and anxiety.

“Scientists also believe that our reliance on pets is hardwired into our brains, because our survival and evolution depended on animal companionship,” said North.  “But whatever the reason, trends show that pets are one of the most meaningful ways to engage consumers.”