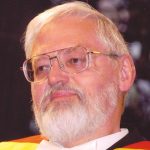 Williams was recognized for “exemplary contributions to the computing profession through outstanding scholarship and enduring and committed volunteer participation and leadership of the IEEE Computer Society.”

Williams held many significant roles with his long IEEE Computer Society association, beginning with volunteer work in the 1990s for Annals of the History of Computing, which led to his role as editor in chief of that magazine in 1996. After serving two terms, Williams joined the Computer Society Publications Board, where he became vice president of publications. He became IEEE CS President in 2007, and served on numerous positions of the IEEE Board of Directors and their various boards and committees.

Williams is noted as a historian of computing, covering all aspects from ancient Egyptian methods of arithmetic to the development of the modern electronic computer. His extensive list of publications includes an annotated three-volume catalog of rare books as well as 249 other publications, invited talks, and media productions.

The Merwin Award is given to individuals for outstanding volunteer service to the profession at large, including significant service to the Computer Society. The Society’s highest award for volunteer service, the award consists of a bronze medal and a $5,000 honorarium. The award will be presented at the IEEE Computer Society’s annual awards ceremony, to be held on 8 June 2016 in Atlanta, Georgia, USA.