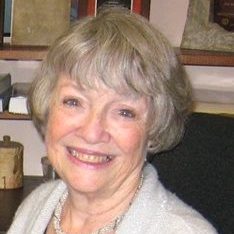 LOS ALAMITOS, Calif., 25 March 2013 – Nell B. Dale, one of the first women to earn a doctorate in computer science, was named the 2013 recipient of the IEEE Computer Society Taylor L. Booth Award for her contributions to computer science education.

Dale graduated from the University of Texas at Austin in 1972 and remained on the faculty until her 2000 retirement from full-time teaching. During her career, Dale authored or co-authored 18 textbooks, focusing on problem solving, programming, and data structures using Pascal, C++, and Java as the vehicles for implementation.

She was originator and director of the Women in Science Program in the early ’80s and has been a mentor to students and colleagues throughout her career.

The Taylor L. Booth award commemorates outstanding records in computer science and engineering education. Accompanied by a bronze medal and $5,000 honorarium, the award recognizes achievement as a teacher of renown through writing an influential text; leading, inspiring, or providing significant education content during the creation of a curriculum in the field; or inspiring others to a career in computer science and engineering education.

Dale’s research interests have focused on computer science education as an academic discipline. She co-chaired five dissertations in the area and was content representative on five additional dissertations in CS Education. Dale was active in the ACM Special Interest Group for Computer Science Education (SIGCSE), serving as SIG chair and conference chair for two SIGCSE Technical Symposia, and writing the Research in Computing Education Column in the SIGCSE Bulletin from 1998 to 2002.

She was the recipient of the SIGCSE Award for Outstanding Contributions to Computer Science Education and was the first woman to receive ACM’s Karl V. Karlstrom Outstanding Educator Award. She won two Hamilton Awards for the best textbook published at UT in a given year, received the ABACUS Award from the Upsilon Pi Epsilon Honor Society for the Computing Sciences, and was elected an ACM Fellow. She received a Doctor of Science, honoris causa, from Sewanee, The University of the South.

The award is named after Taylor L. Booth, a professor of computer science and engineering at the University of Connecticut, his alma mater, and director of the university’s Computer Applications and Research Center. His name was on the ballot as a candidate for president-elect of the Computer Society when he died of a heart attack on 20 October 1986.

Active in the Computer Society for more than 16 years, particularly in its educational activities, Booth was instrumental in defining computer science and engineering curricula for program accreditation through the society’s and IEEE’s respective board. He also worked for closer cooperation between ACM and the IEEE Computer Society, served as a member of the Board of Governors, chaired the society’s Constitution and Bylaws Committee, and held positions as first vice president, secretary, and vice president for educational activities.