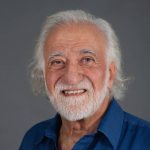 LOS ALAMITOS, Calif., 6 March 2013 – Yale N. Patt, professor of electrical and computer engineering and the Ernest Cockrell Jr. Centennial Chair in Engineering at The University of Texas at Austin, has been selected as the 2013 recipient of the IEEE Computer Society Harry H. Goode Award.

Patt was named the recipient of the award “for nearly half a century of significant contributions to information processing, including microarchitecture insights, a breakaway textbook, and mentoring future leaders.” The Goode Award was established to recognize achievement in the information-processing field–either a single contribution of theory, design, or technique of outstanding significance; or the accumulation of important contributions on theory or practice over an extended period.

For more than four decades Patt has combined an active research program with consulting and teaching. In 1965, he introduced the WOS module, the first complex logic gate implemented on a single piece of silicon. In 1985, he and students Wen-mei Hwu, Steve Melvin, and Mike Shebanow introduced HPS, a high-performance microarchitecture that exploits instruction-level parallelism by combining wide-issue (fetching and decoding multiple instructions each cycle), aggressive dynamic branch prediction, speculative execution, dynamic scheduling, out-of-order execution, and checkpoint in-order retirement (enabling precise exceptions). Six years later, he and student Tse-Yu Yeh introduced the Two-Level Branch Predictor, which provided much greater prediction accuracy than anyone at the time thought was possible.

Patt’s current research focuses on the potential challenges of 2020-era microprocessors, which are slated to contain more than 30 billion transistors. This includes breaking the abstraction layers that separate the problem statement in a natural language (like English) from the electronic circuits that actually execute the program.

Among his projects is MorphCore, a reconfigurable microprocessor that can be an aggressive out-of-order processor when the amount of instruction-level parallelism (ILP) is high, a set of lightweight in-order processors when thread-level parallelism (TLP) is present, or a single in-order processor, when the application is not able to take advantage of either ILP or TLP and so conserving energy is the critical constraint. His first paper on MorphCore, with his students Khubaib, Milad Hashemi, Aater Suleman, and Intel engineer Chris Wilkerson, won the Best Paper Award at Micro-45 in Vancouver last December. The work follows earlier successful work on ACMP, a heterogeneous chip multiprocessor which he and his student Aater Suleman introduced in February 2007.

Patt is also working on improving the interface between the processor core and the DRAMs, on creating GPUs for non-graphics-processing, establishing effective prefetching in a multicore environment, and making more effective use of the run-time system for performance.

Patt’s teaching focus has always been on understanding the fundamentals. Initially at University of Michigan Ann Arbor in electrical engineering and computer science and subsequently at UT in electrical and computer engineering, Patt overhauled the first required computing course for undergraduate majors. His “motivated bottom-up approach” is the theme of the textbook, “Introduction to Computing Systems: from bits and gates to C and beyond” (McGraw-Hill), which he co-authored with his former student Sanjay Patel, now a professor at University of Illinois Urbana-Champaign.

Patt earned his bachelor of science degree at Northeastern University and his master’s degree and PhD at Stanford University, all in electrical engineering. He is a Fellow of both IEEE and ACM.

The Goode Award consists of a bronze medal and a $2,000 honorarium. Learn more about the Goode Award and view the list of recipients.