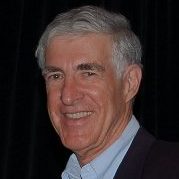 LOS ALAMITOS, Calif., 10 April 2014 – Hanan Samet, a Distinguished University Professor of Computer Science at the University of Maryland, has been named the 2014 recipient of the IEEE Computer Society’s prestigious W. Wallace McDowell Award for his contributions to spatial data structures.

Samet is a member of the University of Maryland Institute for Advanced Computer Studies (UMIACS) and the Computer Vision Laboratory at the Center for Automation Research, where he leads research projects on the use of hierarchical data structures for database applications, geographic information systems, computer graphics, computer vision, image processing, games, robotics, and search.

Samet was cited for “fundamental contributions to the development of multidimensional spatial data structures and indexing, translation validation, and proof-carrying code.” His most recent work involves spatio-textual search as realized in the NewsStand and TwitterStand systems, which exploit the power of spatial synonyms.

He is the author of the award-winning “Foundations of Multidimensional and Metric Data Structures” (Morgan-Kaufmann, 2006) and the first two books on spatial data structures, “Design and Analysis of Spatial Data Structures” and “Applications of Spatial Data Structures: Computer Graphics, Image Processing, and GIS” (Addison-Wesley, 1990). His 1975 Stanford University PhD thesis dealt with proving the correctness of translations of LISP programs, which was the first work in the field that 20 years later became known as translation validation and the related concept of proof-carrying code.

Samet is founding editor-in-chief of ACM Transactions on Spatial Algorithms and Systems, the founding chair of ACM SIGSPATIAL, a recipient of the 2009 University Consortium for Geographic Information Science (UCGIS) Research Award, and 2011 ACM Paris Kanellakis Theory and Practice Award. He is a Fellow of AAAS, ACM, IEEE, the International Association for Pattern Recognition, and the UCGIS.

The McDowell Award is given to individuals for outstanding recent theoretical, design, educational, practical, or other innovative contributions in the field of computing. The award may be given for a single contribution of great merit or a series of lesser contributions that have had or are expected to have an important influence on the computer field. It consists of a bronze medal and a $2,000 honorarium.