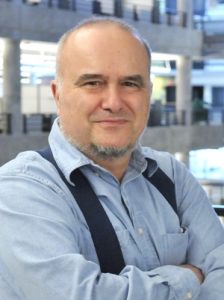 Marc Snir is director of the Mathematics and Computer Science Division at Argonne National Laboratory and the Michael Faiman and Saburo Muroga Professor in the Department of Computer Science at the University of Illinois at Urbana-Champaign (UIUC), where he headed the Computer Science Department from 2001 to 2007. He is currently pursuing research in programming environments for high-performance computing.

One of IEEE Computer Society’s highest awards, the Seymour Cray Computer Engineering Award is presented in recognition of innovative contributions to high-performance computing systems that best exemplify Cray’s creative spirit. The award consists of a crystal memento, a certificate, and a $10,000 honorarium.

Until 2001, Snir was a senior manager at the IBM T. J. Watson Research Center, where he led the Scalable Parallel Systems research group responsible for major contributions to the IBM SP scalable parallel system and to the IBM Blue Gene system.

Cray was a US electrical engineer and supercomputer architect who designed a series of computers that for decades were the fastest in the world. He founded Cray Research, which would build many of these machines. Called “the father of supercomputing,” Cray has been credited with creating the supercomputer industry.