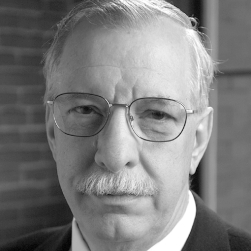 Burton Smith is one of the world’s leading computer architects. From 1988 until 1999, Smith was the chief scientist and member of the board of directors of Tera Computer Company.

In 1991 he received the Eckert-Mauchly Award, which is given jointly by the Institute for Electrical and Electronics Engineers (IEEE) and the Association for Computing Machinery. He was elected a fellow of each organization in 1994. Smith is on the review committee for the Los Alamos National Laboratory Computer and Computational Sciences Division and on the advisory committee for the Pacific Northwest National Laboratory Computational Science and Engineering Division.

In December, 2005, Smith was hired by Microsoft as a Technical Fellow.

Burton is a proven computer industry leader; he will focus on working with existing groups within Microsoft to help expand the company’s efforts in parallel and high-performance computing. He reports directly to Craig Mundie, chief technical officer and senior vice president for Advanced Strategies and Policy.

“As microprocessor technology continues to evolve over the next decade or so, we’re going to see the capabilities of a supercomputer cluster on the desktop which will require a different software architecture,” Mundie said. “Burton will be investigating how to develop software to benefit from the opportunities which multi-core multiprocessors will present.”

2003 Seymour Cray Award
“For ingenious and sustained contributions to designs and implementations at the frontier of high performance computing and especially for sustained championing of the use of multithreading to enable parallel execution and overcome latency and to achieve high performance in industrially significant products.”
Learn more about the Seymour Cray Award