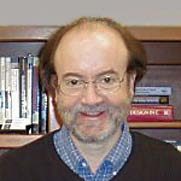 In 2000 Cooke was borrowed from Texas Tech University to serve as the founding Manager of NASA’s Intelligent Systems Program. He established the technical content of the program, authored the initial solicitation, funded the initial 90 research projects, navigated the program from formulation to implementation, and established the program office at NASA Ames Research Center in Mountain View, California where he was a member of the Center Director’s executive staff.

In 2001, Cooke received the NASA Ames Research Center Information Sciences Award for leadership in establishing a Model Strategic Research Initiative for NASA. In 2002, he received the NASA Exceptional Achievement Medal and the NASA Group Award, for Contributions to the CICT program.