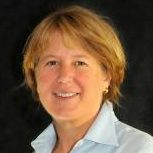 Diane Greene serves on the board of Intuit, the MIT Corporation, and the Peninsula Open Space Trust (POST), works actively with several private technology companies, and is on the Stanford School of Engineering Advisory Board. Diane was a cofounder and the CEO of VMware (VMW), from 1998 to 2008, leading the company through an IPO and to a $2B run-rate.

Prior to VMware Diane was also the founding CEO of VXtreme which was sold to Microsoft in 1997 as the basis for their media player. Prior to that, Diane held engineering management and development positions at SGI, Tandem, and Sybase. Diane’s degrees include mechanical engineering, naval architecture and computer science from the University of Vermont, Massachusetts Institute of Technology and the University of California Berkeley, respectively.

Diane won the 1976 women’s national dinghy championship. She is married and has two children.