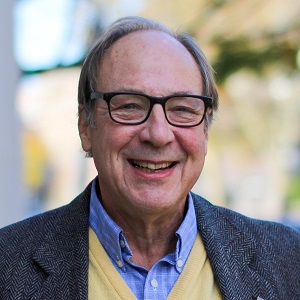 Harry Lewis is Gordon McKay Research Professor of Computer Science in Harvard’s John A. Paulson School of Engineering and Applied Sciences. Among his recent computer science books are Blown to Bits: Your Life, Liberty, and Happiness After the Digital Explosion (now in its second edition, with Hal Abelson, Ken Ledeen, and Wendy Seltzer), Essential Discrete Mathematics for Computer Science (with Rachel Zax), and Ideas That Created the Future, an edited collection of classic computer science papers. His books about higher education include Excellence Without a Soul: Does Liberal Education Have a Future?, and What is College For? (with Ellen Condliffe Lagemann).

Lewis began his career in computer science as an undergraduate student of Ivan Sutherland. For his thesis he developed an interactive graphic system with handwritten algebraic input, graduating from Harvard in 1968. He served as a commissioned officer in the US Public Health Service before returning to Harvard for his PhD. He started on Harvard faculty in 1974, received tenure in 1981, and retired in 2020 but continues to teach. His students include founders of Microsoft, Facebook, and Tripadvisor, and faculty members at leading CS departments including Harvard, MIT, Stanford, CMU, and Berkeley. Lewis has served as Dean of Harvard College and as interim Dean of Harvard’s Engineering School

Most of the core undergraduate courses in the Harvard CS curriculum did not exist before Lewis created them between the 1970s and 1990s, and he long served as Director of Undergraduate Studies in Computer Science. He is a director of the leading electronic privacy organization, EPIC.org, and a faculty associate of the Berkman-Klein Center for Internet and Society. In his teaching, he has always tried to stay true to Plutarch’s maxim that a mind is not a vessel to be filled but a flame to be kindled.