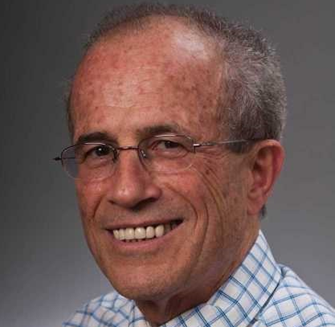 Israel Koren is a Professor Emeritus of Electrical and Computer Engineering at the University of Massachusetts, Amherst and a fellow of the IEEE. He has been a consultant to companies like IBM, Analog Devices, Intel, AMD and National Semiconductors. His research interests include Fault-Tolerant systems, cyber-physical systems, secure cryptographic devices, Computer architecture and computer arithmetic. He publishes extensively and has over 300 publications in refereed journals and conferences. He is the author of the textbook “Computer Arithmetic Algorithms,” 2nd Edition, A.K. Peters, Ltd., 2002, and a co-author of the textbook “Fault Tolerant Systems,” 2nd Edition, Morgan-Kaufman, 2020.

The use of cyber-physical system (CPS) is rapidly expanding and many of their applications require a highly reliable and secure implementation as they control critical infrastructures or even life-critical devices. Unfortunately, current techniques for achieving high reliability and security incur high overheads. In particular, integrating countermeasures against security attacks is problematic as security threats are often not well defined, evolve continuously, and as a result, many CPSs often remain vulnerable. We propose to exploit the physical plant state information to enhance both reliability and security. Our approach, which monitors the controlled plant state trajectory, allows for tunable fault-tolerance as well as detection of malicious attacks, and it achieves these at a low overhead. The plant state space consists of safe and marginal state sub-spaces. In the safe sub-space the CPS will continue its safe operation even if the worst case control signal is applied. In contrast, any erroneous control applied when the plant state is marginal, may lead to a catastrophic system failure. Such an erroneous control output may be due to either a benign fault or a malicious security attack. As most of the time the plant will be deep within its safe subspace, we can avoid using expensive redundancy techniques and thus, reduce the computational load while still guaranteeing safe operation. When a marginal state of the plant is detected, it will signal the potential presence of a “natural” fault or malicious attack. Our scheme will counter this by switching to a critical mode involving higher levels of redundancy to combat natural failures as well as alternative mechanisms to defeat malicious attacks. A major challenge in our approach is to determine, in real-time, whether the current state of the physical plant is deep within its safe sub-space or is marginal. We have used various machine learning techniques for classifying the state and our results indicate that with a reasonable number of entries in a lookup table and with a short execution time, the required classification can be performed efficiently.

The CMOS Active Pixel Sensor (APS), like any other digital circuit, is subject to both soft and permanent faults. However, the manifestation of such faults and the available techniques for detecting them and for tolerating them are very different. This tutorial summarizes the experimental and theoretical research results that we have obtained in our ongoing research of digital sensors’ defects for the last 15 years.

We start by identifying the unique type of permanent faults that occur in digital cameras’ sensors. We then analyze their behavior and identify their possible source. We describe an algorithm capable of detecting these faults during the normal operation of the sensor. Such an online detection allows us to develop efficient techniques for greatly reducing their impact on the quality of the image.

We next focus on soft errors (a.k.a Single Event Upsets – SEUs) that are typically caused by high-energy cosmic particle hits. We present an experimental study of SEUs in digital sensors and compare their rate to that of SEUs in SRAM memory and to the rate of permanent defects in cameras. This analysis provides important information about the nature and distribution of particle hits and their occurrence rate, and increases our understanding of SEUs in regular ICs as well as in camera sensors.

Current homogeneous and heterogeneous multi-cores consist of processors with static architectures and fixed sets of hardware resources. In contrast, the computational demands of many applications vary not only from one task to the other, but also temporally, during the execution of a single task. Such a high level of diversity results in a mismatch between the requirements of the application and the hardware resources provided by the multi-core, causing an energy inefficient execution.

We will discuss in this presentation adaptive multi-core architectures that are capable of adjusting their hardware resources in real time to match the current computational needs of the executing application.