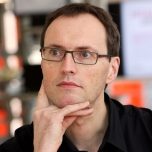 Jan Camenisch received a Diploma in Electrical Engineering in 1993 and a Ph.D. in Computer Science in 1998 both from ETH Zurich. From 1998 until 1999 he was Research Assistant Professor in Computer Science at the University of Aarhus, Denmark. Since 1999 he has been Research Staff Member and project leader at IBM Research — Zurich. He was also the technical leader of the EU-funded projects PRIME and PrimeLife which both contributed towards making on-line privacy a reality.