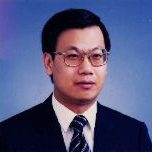 Jeffrey J.P. Tsai received a Ph.D. degree in Computer Science from the Northwestern University, Evanston, Illinois. He is a Professor of Computer Science and the Director of the Distributed Real-Time Intelligent Systems Laboratory at the University of Illinois at Chicago. He is also a Senior Research Fellow of IC2 at the University of Texas at Austin. His current research interests include sensor networks, ubiquitous computing, services computing, intrusion detection, bioinformatics, knowledge-based software engineering, formal modeling and verification, distributed real-time systems, multimedia systems, and intelligent agents. His research has been supported by NSF, DARPA, USAF Rome Laboratory, Department of Defense, Army Research Laboratory, Motorola, Fujitsu, and Gtech.

From 2000 to 2003, he chaired the IEEE/CS Technical Committee on Multimedia Computing and served on the steering committee of the IEEE Transactions on Multimedia. From 1994 to 1999, he was an Associate Editor of the IEEE Transactions on Knowledge and Data Engineering and he is currently an Associate Editor of the IEEE Transactions on Services Computing. Tsai served as the Conference Co-Chair of the 16th IEEE International Symposium on Software Reliability Engineering, the 9th IEEE International Symposium on Multimedia, the 1st IEEE International Conference on Sensor Networks, Ubiquitous, and Trustworthy Computing, and the 3rd IFIP International Conference on Ubiquitous Intelligence and Computing. He is currently the Co-Editor-in-Chief of the International Journal on Artificial Intelligence Tools and Book Series on Health Informatics. Tsai has served on the IEEE Distinguished Speaker program, DARPA ISAT working group, and on the review panel for NSF and NIH. He received an Engineering Foundation Research Award from the IEEE and the Engineering Foundation Society, a University Scholar Award from the University of Illinois Foundation and an IEEE Meritorious Service Award from the IEEE Computer Society. He is a Fellow of the AAAS, the IEEE , and the SDPS.