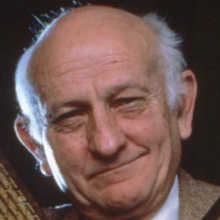 Dr. John Cocke received his B.S. in mechanical engineering from Duke University, Durham, North Carolina, in 1946, and his Ph.D in mathematics, also from Duke in 1956. He joined the IBM Research Division the same year. Dr. Cocke has been a key figure in some of the company’s most advanced technological developments, including his pivotal contributions to the development of Reduced Instruction Set Computer (RISC) technology, for which he has been awarded both the National Medal of Technology (1991) and the National Medal of Science (1994) by the government of the United States, as well as many other honors.

RISC is a computer architecture that simplifies computer instructions and reduces operation cycles. In addition to RISC, Dr. Cocke has contributed to advances in large systems architecture and the design and theory of optimizing compilers (the software that transforms user programs into machine-readable programs). He also was involved with the Stretch computer, the engineering verification engine for logic simulation, pipelining (a type of parallel processing which has become an integral part of mainframe computes), and the architectures for IBM’s RISC System/6000 workstation.

With an IBM colleague, Dr. Cocke received the ACM Programming Systems and Languages Award in 1976. He was elected to the National Academy of Engineering in 1979, received the ACM/IEEE Computer Society Eckert-Mauchly Award in 1985; the ACM/IEEE A.M. Turing Award in 1987; and he became a Fellow of the American Academy of Arts and Sciences in 1988.  With three IBM colleagues, John Cocke was named 1992 Inventor of the Year by the Intellectual Property Owners Associate (IPO). Dr. Cocke has received several IBM corporate awards for outstanding technical achievement, including appointment as an IBM Fellow (awarded for sustained outstanding technical achievement) in 1972. He taught computer design as a visiting professor at the Massachusetts Institute of technology and at New York University’s Courant Institute of Mathematical Sciences. Dr. Cocke’s major research interests have been systems architecture, particularly hard ware design and program optimization.