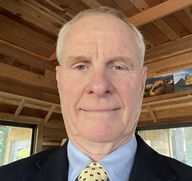 Nick Tredennick has the usual degrees from typical universities and has held an uninspiring assortment of run-of-the-mill jobs. For example, he has been a fry cook, Air Force pilot, janitor, university professor, dishwasher, design engineer, truck driver, naval officer, oil field worker, and corporate executive. He even helped start a few companies but was soon forced out. Despite an appalling lack of knowledge about programmable logic and electronics in general, he was once Chief Scientist at Altera, a leading maker of programmable logic devices. And, through what could only have been a monumental bureaucratic foul-up, he was also once a Research Staff Member at IBM’s prestigious Watson Research Center. Tredennick has put considerable effort into finding something he could do well. No luck so far. He started his career as a working engineer (nerd) but moved to management when he found watching people work was easier than working. He moved to a university when he found talking about work was even easier than watching it. He has finally reached the pinnacle of his career in a position where he doesn’t even have to talk about work.

IoT security is a special problem because it is typically a low-cost, high-volume environment. Security’s hardware overhead must be low, but, more importantly, installation, configuration, and maintenance costs must be absolutely minimized. No company can afford to spend multiple times the component’s cost in installation and maintenance. To achieve low-cost, no-touch IoT security, the end-point component must be able to generate and authenticate a unique identity, it must be able to manage secrets, and it must provide cryptographic services that enable secure communication and storage. A comprehensive solution to transaction security requires complementary hardware and protocol components. This talk outlines the functions that comprise a hardware security engine and the elements of its complementary transaction protocol.

Optimal Condition Monitoring and Control for the Electrical Grid

Today’s electrical distribution grid is a critical infrastructure. Real-time condition monitoring is a key element in the provision of reliable service and in providing alerts to potential failures. The transmission-line tower environment can be climatically hostile, relatively inaccessible, and potentially lethal. Instrumentation for this environment should remain maintenance-free for decades. This talk describes the design of a system for installation on a grid tower. The system includes energy harvesting, power management and control, sensors, application software, communications radios, and security features. The talk covers aspects of prototyping, first systems fielding and testing, volume production, and the expansion of the market through adaptation to other vertical market segments.

Silicon Valley’s magical concentration of talent, capital, and culture in a single place has led to decades of unparalleled wealth creation—probably exceeding anything ever seen before. This spectacular success has induced attempts to emulate it in such enclaves as Silicon Mountain (one in the African nation of Cameroon, and another in the U.S. state of Colorado), Silicon Hills (Texas), Silicon Desert (Arizona), and many more. These seedlings may indeed grow to become forests, but the ingredients are there for an even more promising transformation. Call it Silicon Valley 2.0. Key elements enabling the transformation are the ubiquitous internet, gaming applications and platforms, and a large pool of latent engineering talent.

Optimal Condition Monitoring and Control for the Electrical Grid