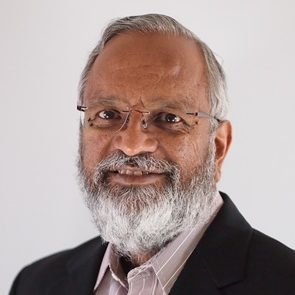 Rangachar Kasturi was born in Bangalore in 1949 to a family of teachers.  He received a BE (Electrical) degree from Bangalore University in 1968.  He worked as an engineer in India for 10 years but his primary passion was in teaching and research.  He came to the US in 1978 as a graduate student at Texas Tech University and received his MSEE and PhD degrees in 1980 and 1982, respectively.

Kasturi joined the Pennsylvania State University in 1982. A few years later President Emeritus Tse Yun Feng, who was heading its Computer Engineering program, introduced him to the wonderful world of the IEEE Computer Society and its volunteer service opportunities.  For more than 30 years, Kasturi has served in many significant roles at IEEE CS including editor in chief of IEEE Transactions on Pattern Analysis and Machine Intelligence, Vice President of various boards (Publications, Conferences, Membership, and Geographic Activities), Treasurer, Board of Governors member and its chair, and President.  He has served as a representative of IEEE CS on the boards of Computing Research Association and the International Association of Pattern Recognition (IAPR) and as its president.  He has served as the general chair of two large conferences, CVPR and ICPR. He is a Fellow of IEEE and IAPR and a Fulbright scholar.

Kasturi has been the Douglas W. Hood Professor of Computer Science and Engineering at the University of South Florida since 2003. His research interests are in computer vision and pattern recognition.  He is an author of the textbook Machine Vision. He has directed projects on aircraft collision avoidance (sponsored by NASA), performance evaluation of video content analysis algorithms (sponsored by ARDA and DARPA), and document analysis for graphics recognition (NSF and industrial sponsors).