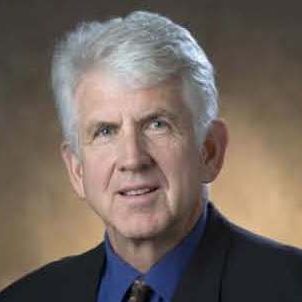 Dr. Robert (Bob) M. Metcalfe joined Polaris Venture Partners in January 2001 and is a General Partner in the Waltham office. Metcalfe had three other careers in technological innovation before becoming a venture capitalist. While an engineer-scientist (1965–1979), Metcalfe helped pioneer the Internet. In 1973, at the Xerox Palo Alto Research Center, he invented Ethernet, the local-area networking (LAN) standard — Internet plumbing — on which he shares four patents.  While an entrepreneur-executive (1979–1990), Metcalfe founded and grew 3Com Corporation, the billion-dollar networking company where at various times he was Chairman, CEO, division general manager, and vice president of engineering, sales, and marketing. In 2009, 3Com merged into HP. While a publisher-pundit (1990–2000), Metcalfe was CEO of IDG’s InfoWorld Publishing Company (1992–1995).

For eight years, he opined about the Internet in a syndicated InfoWorld column read weekly by more than half a million information technologists. He pontificated at conferences, on radio and television, hosted his own weekly webcast, and produced events including ACM97, ACM1, Agenda, Pop!Tech, and Vortex. Metcalfe’s books include Packet Communication, Internet Collapses, and Beyond Calculation, all still available
down the long tail at Amazon.com.

Metcalfe serves on the boards of Polaris-backed start-ups including 1366, Ember, Infinite Power Solutions, Mintera, SiOnyx, and Sun Catalytix.Metcalfe is also a director-trustee-advisor to Avistar Communications, USC Stevens Institute, MIT, and MIT’s Energy Initiative, Department of Electrical Engineering and Computer Science, Department of Chemistry, Dean of Engineering, and Dean of Science.

Metcalfe graduated from the Massachusetts Institute of Technology in 1969 with bachelor degrees in electrical engineering and in industrial management. He received a master degree in applied mathematics from Harvard University in 1970. In 1973, he received his Ph.D. in computer science from Harvard, where his dissertation was Packet Communication.