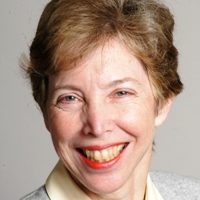 Susan L. Graham is the Pehong Chen Distinguished Professor of Electrical Engineering and Computer Science Emerita at the University of California, Berkeley. Her research spans many aspects of programming language implementation, software tools, software development environments, and high-performance computing. As a participant in the Berkeley Unix project, she and her students built the Berkeley Pascal system and the widely used program profiling tool gprof. She has done seminal research in compiler code generation and optimization. She and her students built several interactive programming environments, yielding a variety of incremental analysis algorithms. Her recent projects are the Titanium system for language and compiler support of explicitly parallel programs and the Harmonia framework for high-level interactive software development.

Professor Graham received an AB in mathematics from Harvard University and MS and PhD degrees in computer science from Stanford University. She is a member of the National Academy of Engineering and a fellow of the Association for Computing Machinery, the American Association for the Advancement of Science, and the American Academy of Arts and Sciences. She was the founding editor-in-chief of the ACM Transactions on Programming Languages and Systems. Among her awards are the ACM SIGPLAN Career Programming Language Achievement Award (2000), the ACM Distinguished Service Award (2006), the Harvard Medal (2008), the IEEE von Neumann Medal (2009), and the Berkeley Citation (2009).

She has served on numerous government, industry, and academic advisory committees. She served as the Chief Computer Scientist for the NSF-sponsored National Partnership for Advanced Computational Infrastructure (NPACI). She co-chaired a National Research Council study on the Future of Supercomputing. She is a former member of the Harvard Board of Overseers. She currently serves as vice-chair of the NSF-sponsored Computing Community Consortium, vice-chair and Treasurer of the Board of Trustees of Cal Performances, and a member of the Harvard Corporation.