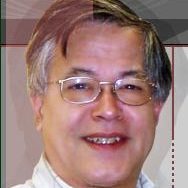 Victor Hayes, nicknamed “the Father of Wi-Fi,” was born in Surabaya, Netherlands-Indies, on 31 July 1941. He repatriated with his family in 1950 to the Netherlands and received his BE degree from the HTS Amsterdam in 1961. After military service in the Dutch Air Force, he joined Friden Holland, later called Singer Business Machines, a company making Flexowriters (paper-tape oriented typewriters, often used as input/output machines for computers) and electro-mechanical billing and accounting machines. His first assignment was customer programmer for the latter. Eventually, he played a key roll in engineering the first commercially available billing and accounting machine with integrated circuits.

In 1974, he joined Agere Systems, Utrecht, the Netherlands, when the group was still a part of NCR. He authored various NCR Corporate Engineering Standards on data communications, including HDLC and X.25 packet level protocols and represented the company in various standards bodies such as the Dutch Standards Institute NNI and the European Computer Manufacturers Association ECMA. As the chair of the NNI JTC 1/SC 6 committee, he often headed the Dutch delegation to the ISO/IEC JTC 1/SC6 committee. As the chair of the LAN Task Group of the ECMA, he was its delegate to the International Telecommunications Union.

Hayes was one of the people responsible for establishing the IEEE 802.11 Working Group for Wireless LANs in 1990. He chaired the group from its establishment until March 2000, at which time the term in office allowable under IEEE Project 802’s rules was completed. Thanks to his chairmanship, he convinced the European authorities of the need for radio spectrum for wireless LANs in Europe, resulting in the assignment of the 83.5 MHz in the 2.4 GHz area and 475 MHz in the 5 GHz area. In March 2000, he assumed the role of Regulatory Ombudsman in the Executive Committee of IEEE Project 802 (the LAN/MAN Standards Committee), serving in that capacity until March 2002, when the IEEE 802.18 Regulatory Technical Advisory Group was established. In March 2001, Hayes established and chaired the Regulatory Subcommittee within the Wi-Fi Alliance. This committee played a major role in preparations that resulted in the adoption of Resolution 229, and accompanying footnotes, at the World Radio Conference 2003, allocating 475 MHz of spectrum in the 5 GHz area for Wireless Access Systems including Radio LANS on a primary basis.

Hayes is honored to have been the recipient of a number of awards in the standards and regulatory area. In 1998, he received the IEEE Standards Medallion “for the internationalization of the IEEE 8 802.11 standard.” In 2000, he received the IEEE leadership Award “for 10 years of leadership and extraordinary dedication as chairman of the IEEE 802.11 Wireless LAN Working Group.” In 2002, he received an award “in recognition of the outstanding leadership of the Regulatory Committee of the Wi-Fi Alliance,” and in September 2003, he received an award “for outstanding leadership as Regulatory Chair and continued support of the Wi-Fi Alliance.” In 2004, he received the Vosko Trophy, a dutch award “in recognition of his and his team’s work that lead to the success of Wi-FI (IEEE 802.11).”

2001 Hans Karlsson Award
“For dedicating a substantial part of your life to the advancement of technologies and their use in a wide area of segments, markets, and applications benefiting all our lives.”
Learn more about the Hans Karlsson Award