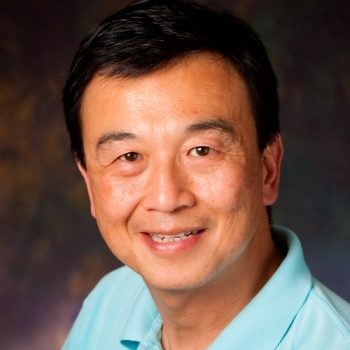 Wen-Mei W. Hwu is a professor and holds the Sanders-AMD Endowed Chair in the Department of Electrical and Computer Engineering at the University of Illinois at Urbana-Champaign. His research interests are in the area of architecture, implementation, compilation, and algorithms for parallel computing. He is the chief scientist of Parallel Computing Institute and director of the IMPACT research group. He is a co-founder and CTO of MulticoreWare. For his contributions in research and teaching, he received the ACM SigArch Maurice Wilkes Award, the ACM Grace Murray Hopper Award, the Tau Beta Pi Daniel C. Drucker Eminent Faculty Award, the ISCA Influential Paper Award, and the Distinguished Alumni Award in Computer Science of the University of California, Berkeley. He is a Fellow of IEEE and ACM. He directs the UIUC CUDA Center of Excellence and serves as one of the principal investigators of the $208M NSF Blue Waters Petascale computer project. Hwu has a PhD in computer science from the University of California, Berkeley.