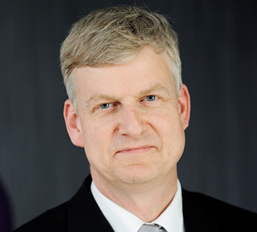 Prof.dr.ir. Wil van der Aalst is a full professor at RWTH Aachen University, leading the Process and Data Science (PADS) group. He is also the Chief Scientist at Celonis, part-time affiliated with the Fraunhofer-Institut für Angewandte Informationstechnik (FIT), and a member of the Board of Governors of Tilburg University. He also has unpaid professorship positions at Queensland University of Technology (since 2003) and the Technische Universiteit Eindhoven (TU/e). Until December 2017, he was the scientific director of the Data Science Center Eindhoven (DSC/e) and led the Architecture of Information Systems group at TU/e. Currently, he is also a distinguished fellow of Fondazione Bruno Kessler (FBK) in Trento, deputy CEO of the Internet of Production (IoP) Cluster of Excellence, co-director of the RWTH Center for Artificial Intelligence. His research interests include process mining, Petri nets, business process management, workflow automation, simulation, process modeling, and model-based analysis. Wil van der Aalst has published more than 250 journal papers, 22 books (as author or editor), 550 refereed conference/workshop publications, and 80 book chapters. Many of his papers are highly cited (he is one of the most-cited computer scientists in the world and has an H-index of 159 according to Google Scholar with over 117,000 citations), and his ideas have influenced researchers, software developers, and standardization committees working on process support. He has been a co-chair of many conferences, including the Business Process Management conference, the International Conference on Cooperative Information Systems, the International Conference on the Application and Theory of Petri Nets, the International Conference on Process Mining, and the IEEE International Conference on Services Computing. He is also editor/member of the editorial board of several journals, including Business & Information Systems Engineering, Computing, Distributed and Parallel Databases, Software and Systems Modeling, Computer Supported Cooperative Work, the International Journal of Business Process Integration and Management, the International Journal on Enterprise Modelling and Information Systems Architectures, Computers in Industry, IEEE Transactions on Services Computing, Lecture Notes in Business Information Processing, and Transactions on Petri Nets and Other Models of Concurrency. He chairs the IEEE Task Force on Process Mining since 2009. He previously served on the advisory boards of several organizations, including Fluxicon, Celonis, ProcessGold/UiPath, and aiConomix. In 2012, he received the degree of doctor honoris causa from Hasselt University in Belgium. He also served as scientific director of the International Laboratory of Process-Aware Information Systems of the National Research University, Higher School of Economics in Moscow.

In 2013, he was appointed as Distinguished University Professor of TU/e and was awarded an honorary guest professorship at Tsinghua University. In 2015, he was appointed as an honorary professor at the National Research University, Higher School of Economics in Moscow. He is also an IFIP Fellow, IEEE Fellow, ACM Fellow, and elected member of the Royal Netherlands Academy of Arts and Sciences (Koninklijke Nederlandse Akademie van Wetenschappen), Royal Holland Society of Sciences and Humanities (Koninklijke Hollandsche Maatschappij der Wetenschappen), the Academy of Europe (Academia Europaea), and the North Rhine-Westphalian Academy of Sciences, Humanities and the Arts (Nordrhein-Westfälische Akademie der Wissenschaften und der Künste). In 2018 he was awarded an Alexander-von-Humboldt Professorship, Germany’s most valuable research award (five million euros).

Process Mining as the Superglue between Data and Process

Process mining is rapidly becoming a standard way to analyze performance and compliance problems based on event data. Currently, there are over 35 commercial process-mining tools based on the research by prof. Van der Aalst and his team. Process mining reveals how processes behave “in the wild”. Seemingly simple processes like Order-to-Cash (OTC) and Purchase-to-Pay (P2P), turn out to be much more complex than anticipated. Hand-made models describing behavior (BPMN, UML activity diagrams, EPCs, flow charts, etc.) often fail to capture reality. Process mining connects Business Process Management (BPM) and data-driven approaches such as Data Mining (DM), Machine Learning (ML), Artificial Intelligence (AI), and Business Intelligence (BI) by combining a process-centric view and the evidence hidden in an organization’s databases. In his lecture, I will reflect on the capabilities and limitations of today’s process mining tools. I will also discuss the conversion of data from today’s information systems into event logs showing different viewpoints.

Hybrid Intelligence: To Automate or Not to Automate, That is the Question

There used to be a clear separation between tasks done by machines and tasks done by people. Applications of machine learning in speech recognition (e.g., Alexa and Siri), image recognition, automated translation, autonomous driving, and medical diagnosis, have blurred the classical divide between human tasks and machine tasks. Although current Artificial Intelligence (AI) and Machine Learning (ML) technologies outperform humans in many areas, tasks requiring common sense, contextual knowledge, creativity, adaptivity, and empathy are still best performed by humans. Hybrid Intelligence (HI) blends human intelligence and machine intelligence to combine the best of both worlds. Hence, current and future Business Process Management (BPM) initiatives need to consider HI and the changing boundaries between work done by people and work done by software robots. Consider, for example, the success of Robotic Process Automation (RPA), which demonstrates that gradually taking away repetitive tasks from workers is possible. In this lecture, I will argue that process mining is a key technology to decide what to automate and what not. Moreover, using process mining, it is possible to systematically monitor and manage processes where work is distributed over human workers and software robots.

Process Mining as the Superglue between Data and Process

Hybrid Intelligence: To Automate or Not to Automate, That is the Question